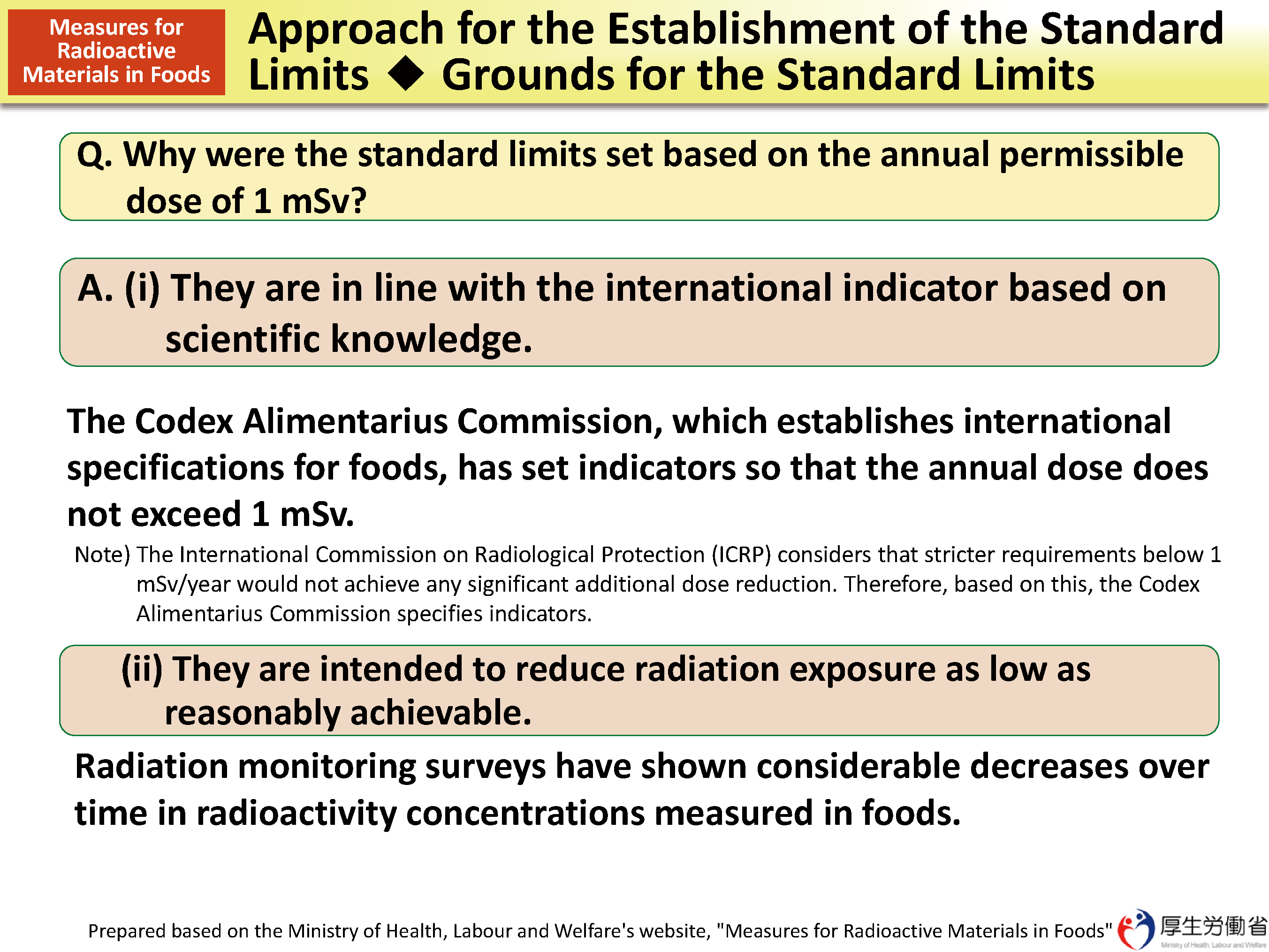 The standard limits concerning radioactive materials in foods were set based on the annual permissible dose of 1 mSv, which is adopted as an indicator by the Codex Alimentarius Commission, which establishes international specifications for foods. Originally, the International Commission on Radiological Protection (ICRP) publicized the idea that stricter requirements below 1 mSv/year would not achieve any significant additional dose reduction. Based on this idea, the Codex Alimentarius Commission specifies indicators.

Additionally, the standard limits are based on the principle of ALARA (As Low As Reasonably Achievable) (p.169 of Vol. 1, "Optimization of Radiological Protection"). Radiation monitoring surveys have shown considerable decreases in radioactivity concentrations measured in many of the food samples. Therefore, it was found that the reduction of the standard limit for radioactive cesium concentrations in general foods to 100 Bq/kg would not cause any problem for the dietary patterns of the Japanese people.