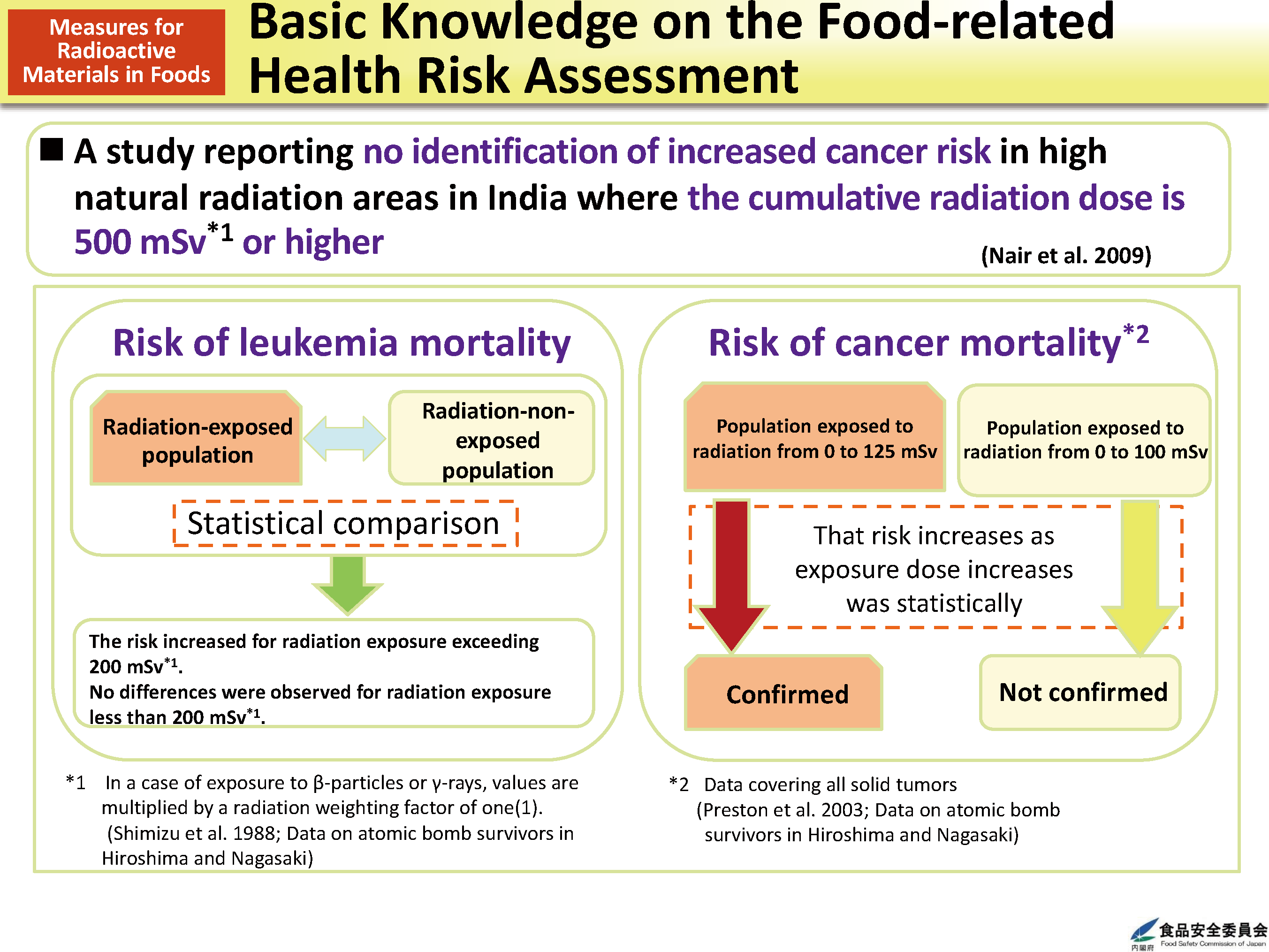 This figure shows epidemiological data on which the Food-related Health Risk Assessment was based.

There was a study report that the increased cancer risk by radiation was not observed among persons exposed to radiation exceeding 500 mSv in total in areas in India where natural radiation doses are high (p.124 of Vol. 1, "Effects of Long-Term Low-Dose Exposure").