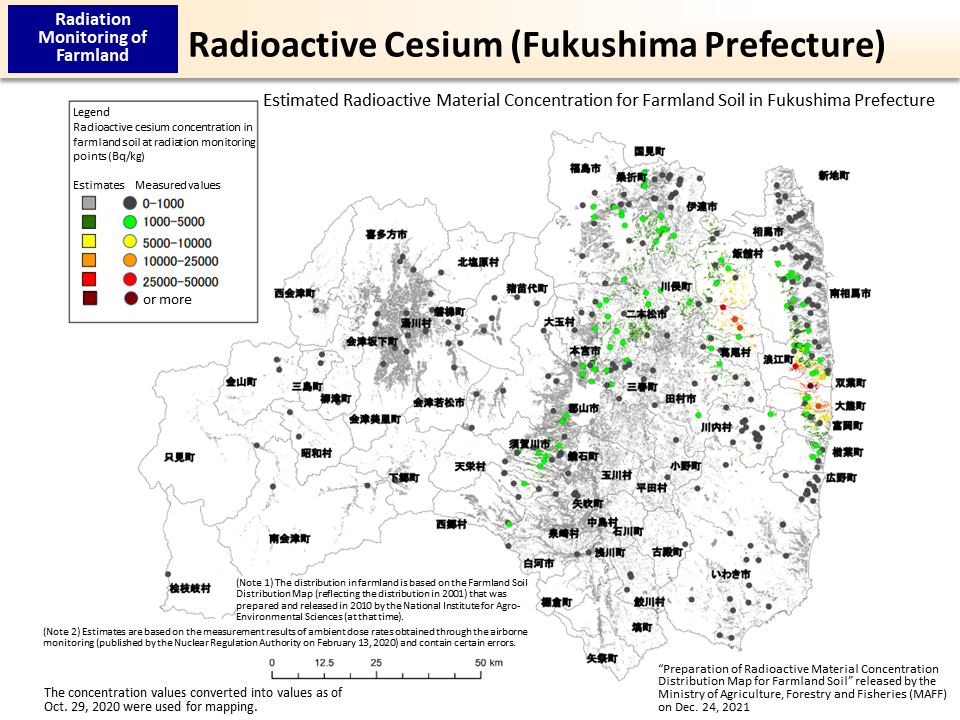 In this farmland soil survey, soil to a depth of approx. 15 cm from the ground surface or a depth to be plowed was collected as samples in consideration of the depth of soil wherein radioactive materials are turned over in cultivation and in which crops take root.