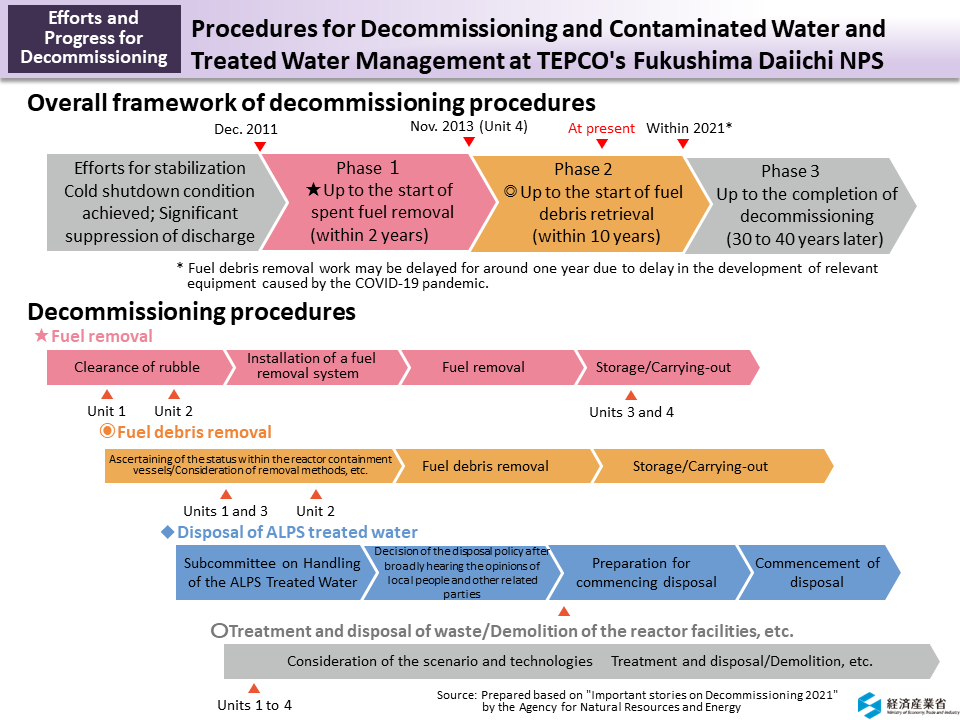 Efforts to stabilize damaged nuclear reactors have been continued at Tokyo Electric Power Company (TEPCO)'s Fukushima Daiichi NPS. At present, cooling of reactors is continued at all Units and they are all being kept stable and under control.

Procedures for decommissioning and contaminated water management are unprecedentedly challenging and the government of Japan takes the initiative to carry out measures stably and steadily in line with the Mid- and Long-term Roadmap towards the Decommissioning of Tokyo Electric Power Company Holdings' Fukushima Daiichi NPS (Mid- and Long-term Roadmap).

In September 2017, the Mid- and Long-term Roadmap was revised to incorporate the policy on fuel debris retrieval. However, the overall framework for completing the decommissioning in 30 to 40 years is maintained.

Decommissioning procedures will continuously be implemented while collecting wisdom from all over the world.