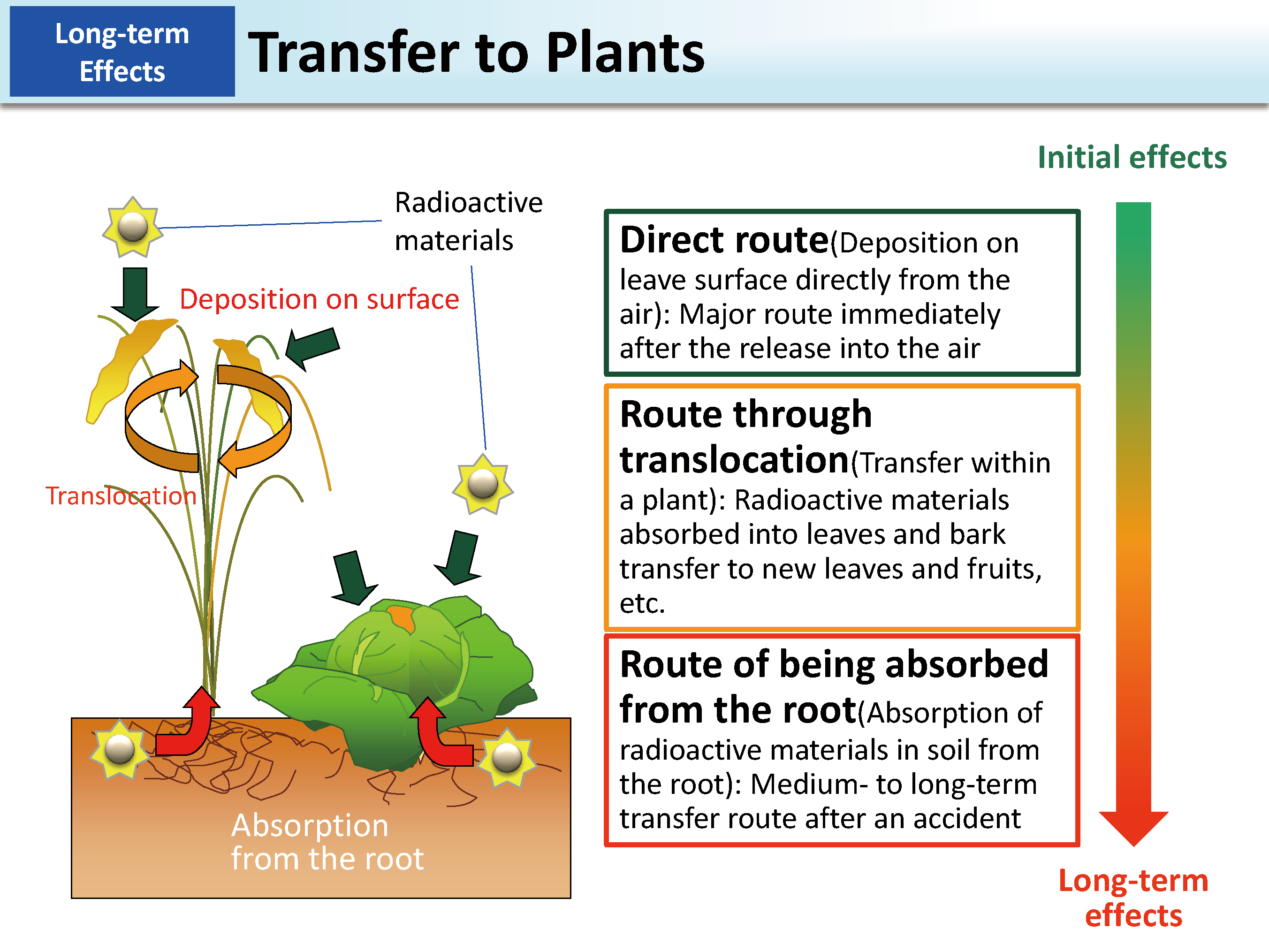 As Cs-137 has a long half-life of 30 years, once released into the environment due to an accident at a nuclear power station or other reasons, its effects may be prolonged. There are roughly three routes through which radioactive materials in the environment transfer to the edible parts of crops.

The first is the route wherein radioactive materials adhere to the surface of edible parts of crops directly from the air. Radioactive materials measured immediately after the accident at Tokyo Electric Power Company (TEPCO)'s Fukushima Daiichi NPS were those that were released into the air due to the accident and directly adhered to leaf surfaces.

The second is the route through translocation. Translocation refers to the phenomenon wherein absorbed nutrients or metabolites produced by photosynthesis are transported from some tissue to another tissue in a plant. Radioactive materials that adhere to leaves or bark are sometimes absorbed and transfer to new leaves and fruits within a plant. Relatively high levels of radioactive materials detected in tea leaves, bamboo shoots, loquats, plums, etc. are considered to have followed this route.