Disputes over the LNT Model 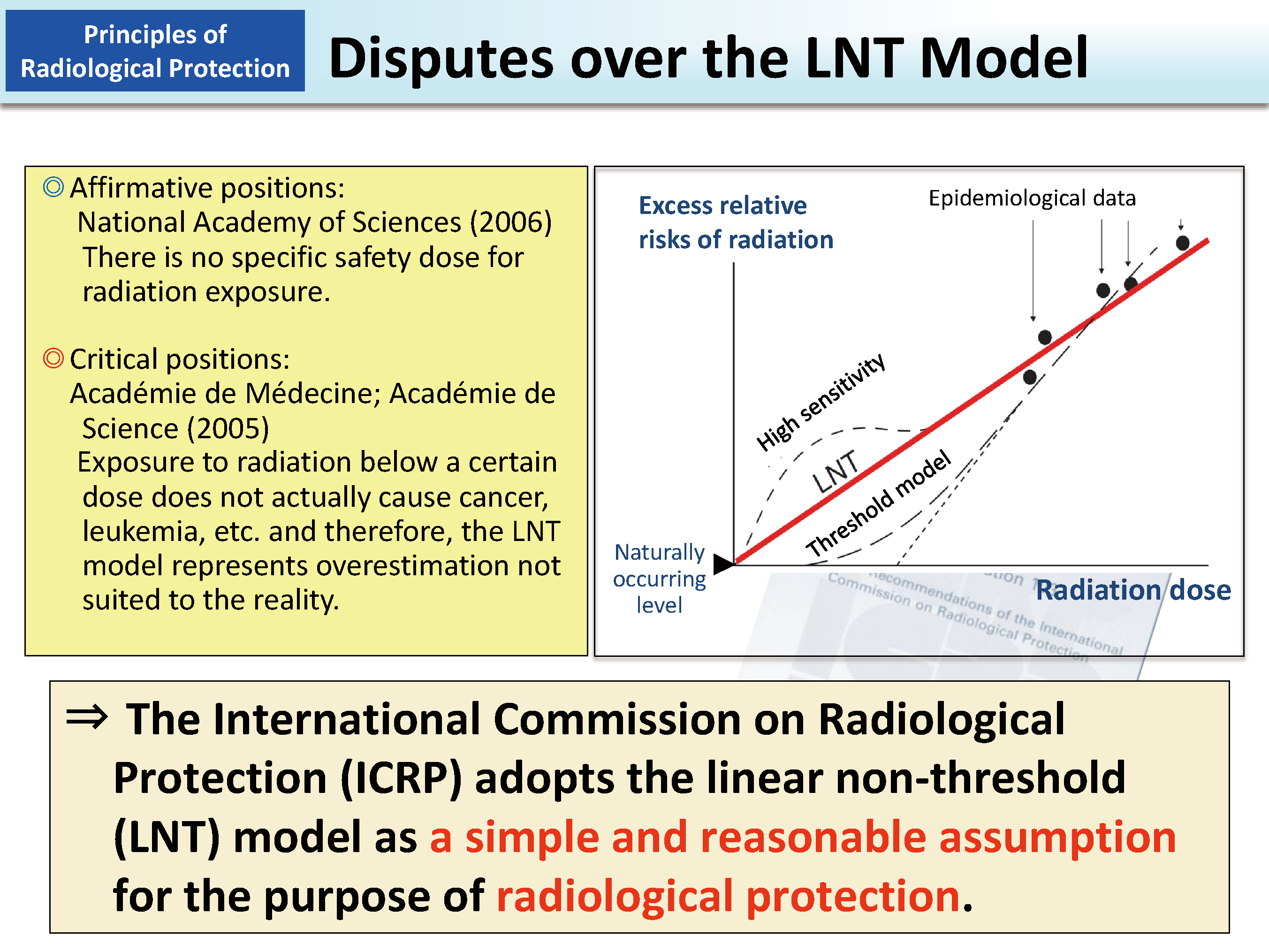 Disputes over the appropriateness of adopting the linear non-threshold (LNT) model for the evaluation of risks of stochastic effects for radiation below 100 mSv have not been settled scientifically. For example, in 2006, the National Academy of Sciences (NAS) publicized its position that the LNT model is scientifically appropriate, stating that there is epidemiological evidence to prove that radiation below 100 mSv also increases cancer risks.

On the other hand, the Académie de Médecine and the Académie de Science jointly publicized their position in 2005, stating that exposure to radiation below a certain dose does not actually cause cancer, leukemia, etc. and therefore that the LNT model represents overestimation not suited to the reality. As the grounds for their position, they cited such facts as that increases in cancer risks are not observed in data for residents in high natural radiation areas in India and China and that defensive biological reactions against low-dose radiation have been found one after another.

The ICRP Recommendations are intended to achieve a practical aim of radiological protection, i.e., the provision of a simpler and more reasonable assumption for the management of risks of low-dose exposure, by adopting the LNT model and defining the dose and doserate effectiveness factor as 2. On the other hand, the Recommendations also state that it is judged inappropriate for public health planning to estimate hypothetical incidences of cancer or hereditary diseases among a large number of people due to long-term exposure to very low doses of radiation in consideration of the uncertainties concerning low-dose exposure.