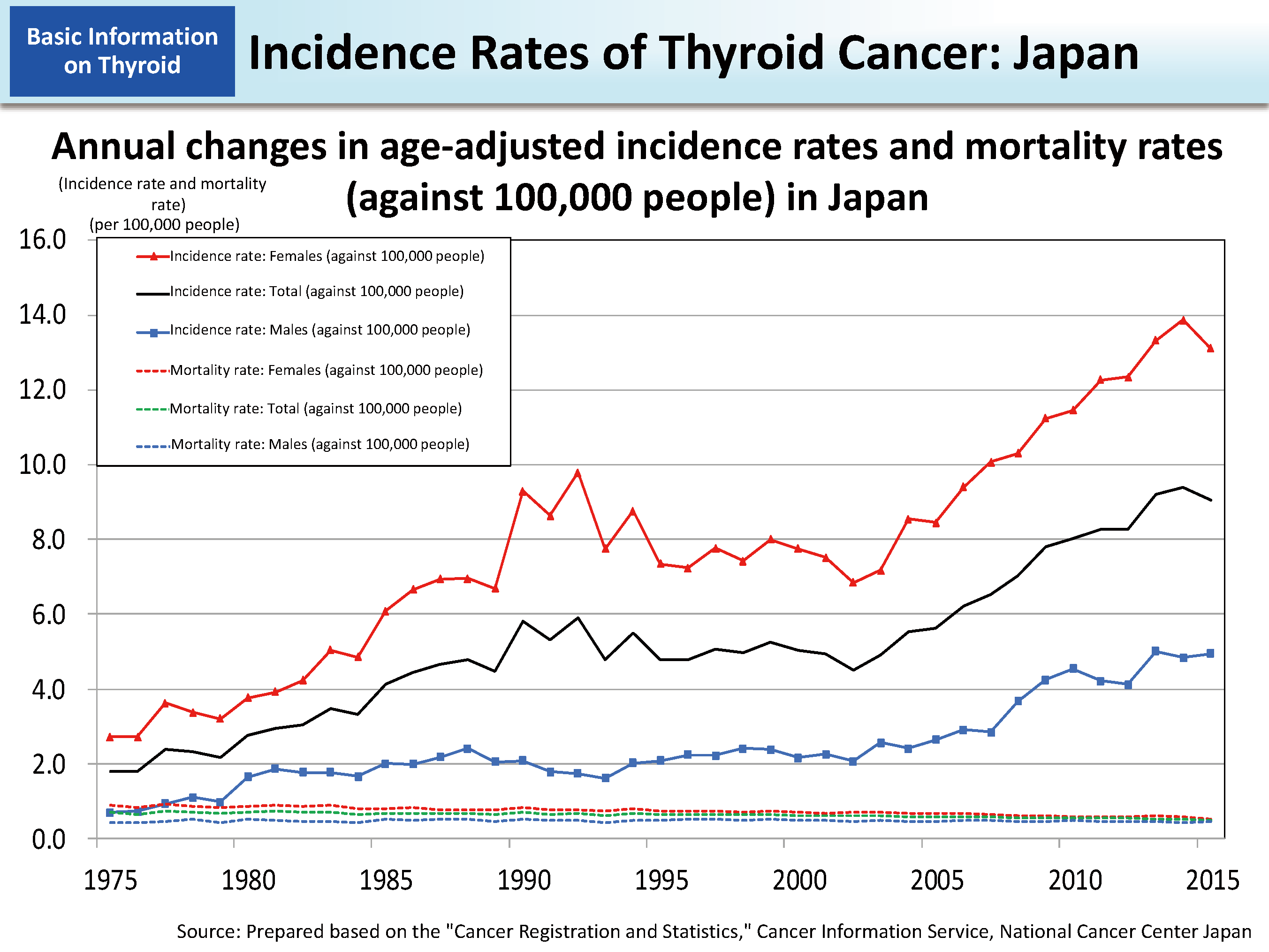 This figure shows annual changes in incidence rates (percentage of patients against the population during a certain period of time) and mortality rates concerning thyroid cancer in Japan.

In Japan, palpation by doctors has long been conducted broadly as thyroid screening, but ultrasound neck examination is increasingly being adopted in complete medical checkups and mass-screening. Furthermore, thanks to recent advancement of ultrasonic diagnostic equipment, diagnostic capacity has been improving and the detection rate of tumoral lesions, in particular, is said to be increasing.1