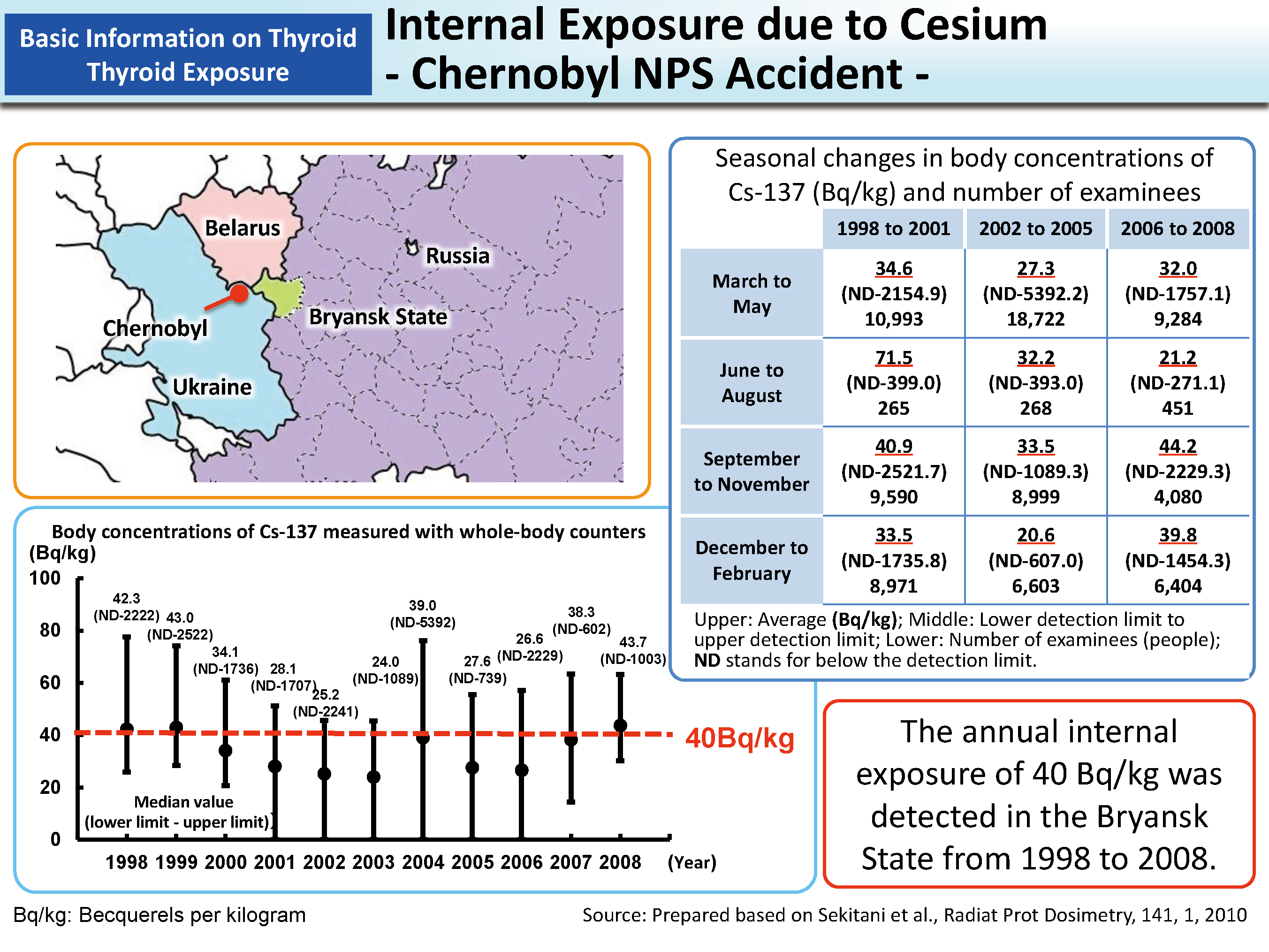 Due to the Chernobyl Nuclear Power Station (NPS) Accident in 1986, much larger amounts of radioactive materials were released compared with those released by the accident at Tokyo Electric Power Company (TEPCO)'s Fukushima Daiichi NPS. At first, the government of the former Soviet Union did not publicize the accident nor did it take any evacuation measures for residents around the nuclear facilities. In late April, when the accident occurred, pasturing had already started in the southern part of the former Soviet Union and cow milk was also contaminated with radionuclides.

As a result of the whole-body counter measurements of body concentrations of Cs-137, which were conducted for residents in the Bryansk State from 1998 to 2008, it was found that the median value of body concentrations of Cs-137 had decreased within a range of 20 to 50 Bq/kg until 2003 but has been on a rise since 2004. This is considered to be because residents in especially highly contaminated districts came to be included in the measurement targets in 2004 onward and because the contraction of off-limits areas has made it easier for residents to enter contaminated forests. At any rate, this suggests that exposure to Cs-137 due to the Chernobyl NPS Accident has been continuing over years.