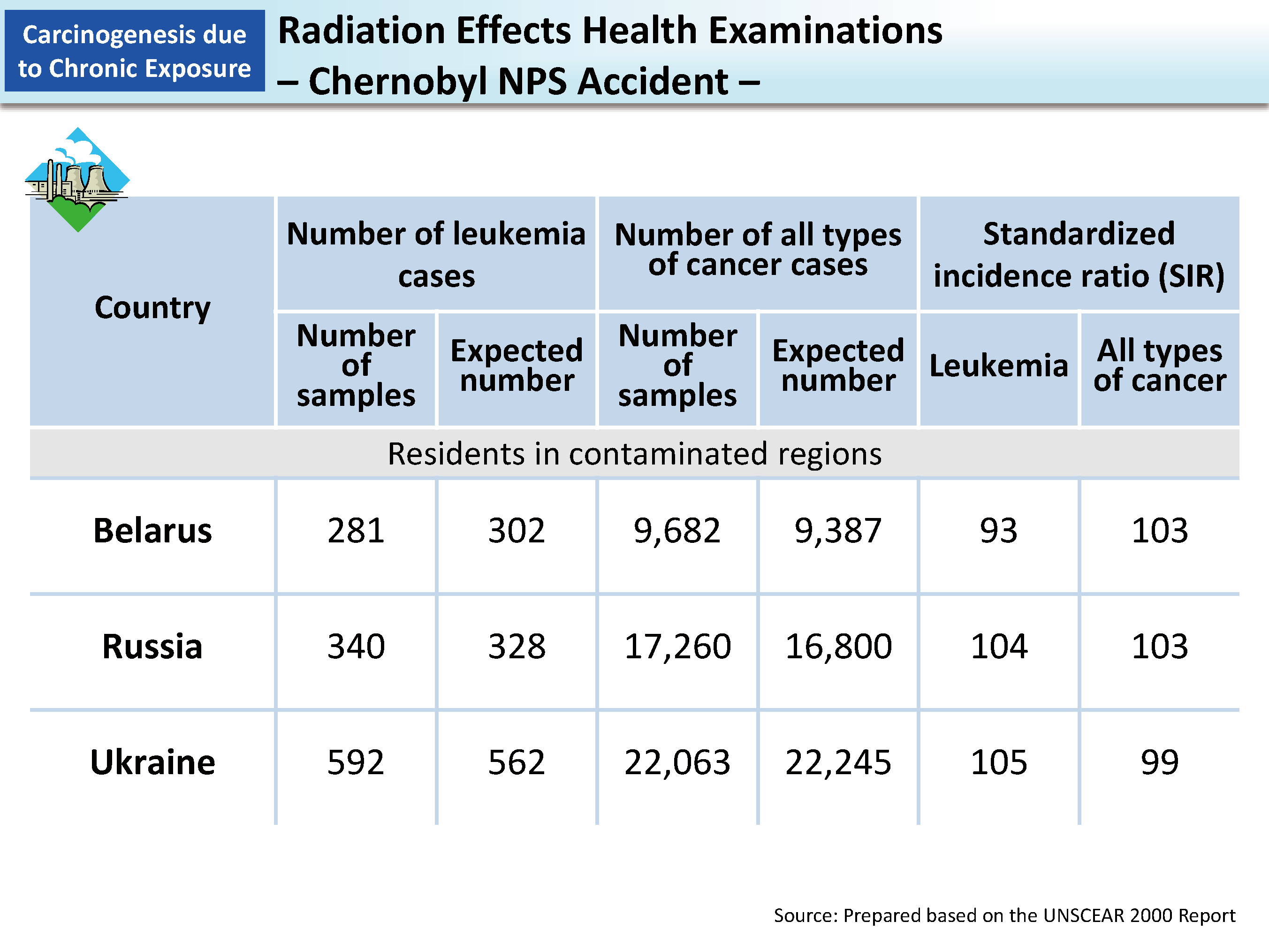 After the Chernobyl NPS Accident, an epidemiological study on effects of radiation on health was conducted with regard to various diseases. However, no causal relationship with the accident has been confirmed regarding leukemia.

The table shows the results of the examinations analyzing cancer cases found in 1993 and 1994 among residents of regions contaminated due to the Chernobyl NPS Accident from 1986 to 1987. In the three affected countries, no significant increase in cancer cases was observed. Contaminated regions are regions where the deposition density of Cs-137 is 185 kBq/m2 or larger. The UNSCEAR 2000 Report states that no increase was found in risks of radiation-related leukemia either for workers dealing with the accident or residents in the contaminated regions.

Thereafter, there were research reports stating that an increase in relative risks of leukemia was observed, although the increase was not statistically significant, and that the incidence rate of leukemia was approximately twice for workers who were employed in 1986 compared with workers who were employed in 1987, when radiation doses became lower. Despite these reports, the UNSCEAR 2008 Report evaluates them to be far from conclusive to explain any significant increases.

With regard to the general public, the report concludes that no persuasive evidence has been found to suggest any measurable increases in risks of leukemia among people who were exposed to radiation in utero or during childhood.