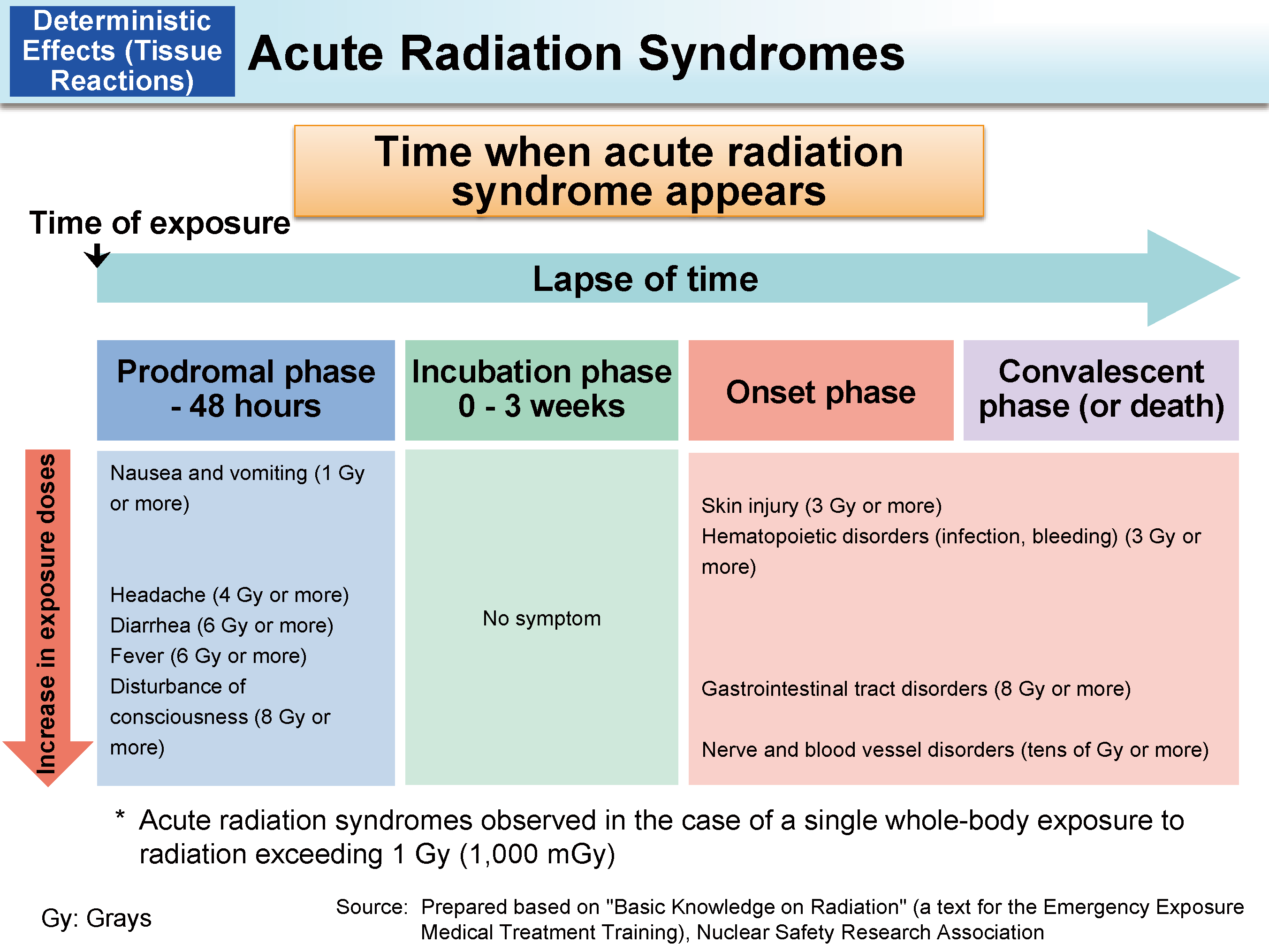 A single whole-body exposure to radiation exceeding 1 Gy (1,000 mGy) causes disorders in various organs and tissues, leading to complicated clinical developments. This series of disorders in organs is called acute radiation syndrome, which typically follows a course from the prodromal phase to the incubation phase, the onset phase, and finally to the convalescent phase or to death in the worst case.

From prodromal symptoms that appear within 48 hours after the exposure, exposure doses can roughly be estimated (p.96 of Vol. 1, "Prodromal Phase of Acute Radiation Syndrome and Exposure Doses").

Skin covers a large area of 1.3 to 1.8 m2 of the whole body of adults. Epidermis, which is the result of gradual differentiation of basal cells that are created at the basal stratum, finally becomes a stratum corneum and is separated from the body surface as scurf.

It is said to take approx. 20 to 40 days until basal cells move from the basal stratum to the skin surface, which means1 that two to more than four weeks is required for exposed subcutaneous cells existing in the stratum corneum to the basal stratum to come up to the skin surface. Therefore, skin erythema may appear immediately after exposure depending on radiation intensity, but skin injury generally appears after the lapse of a few weeks or more (p.25 of Vol. 1, "External Exposure and Skin").