Comparison of Exposure Doses per Hour 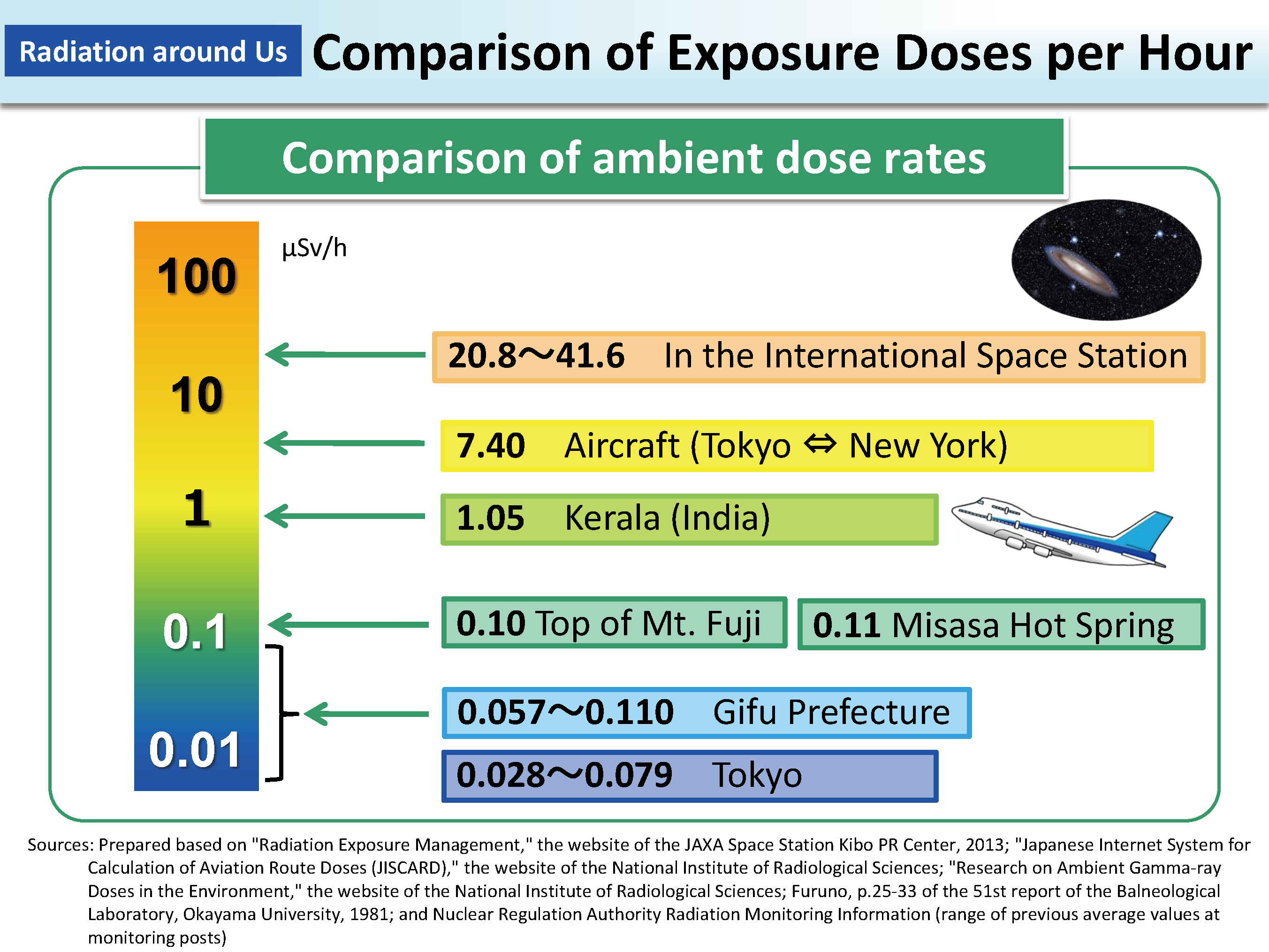 Ambient dose rates in most living spaces are in the range of 0.01 to 1 μSv/h, but there are areas where the level of natural radiation is high because soil there contains large amounts of radioactive materials, such as radium and thorium. Such areas are called high natural radiation areas (p.67 of Vol. 1, "Ground Radiation (World)").

While there is no high natural radiation area in Japan, ambient dose rates are slightly higher in places where soil contains a lot of radium, such as Misasa Onsen Hot Springs, which is famous for radon hot springs (p.68 of Vol. 1, "Ground Radiation (Japan)").