Internal Exposure due to Foods 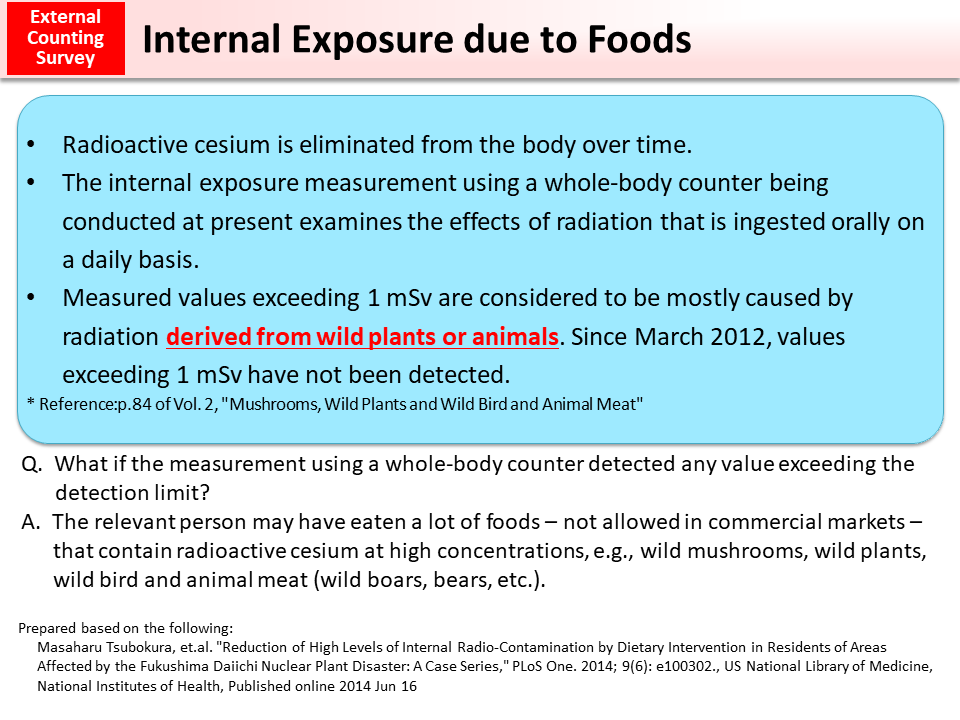 The internal exposure measurement using a whole-body counter being conducted at present examines the effects of radiation that is ingested orally on a daily basis. Measured values exceeding 1 mSv per year are considered to be mostly caused by radiation derived from wild plants and animals. As long as people eat only foods distributed through regulated commercial marketplaces, their annual internal doses will not exceed 1 mSv. If the annual internal dose exceeds 1 mSv, the relevant person may have eaten a lot of foods – not allowed in commercial markets – that contain radioactive cesium at high concentrations. In particular, cases have been reported where wild mushrooms are suspected to cause high internal doses.