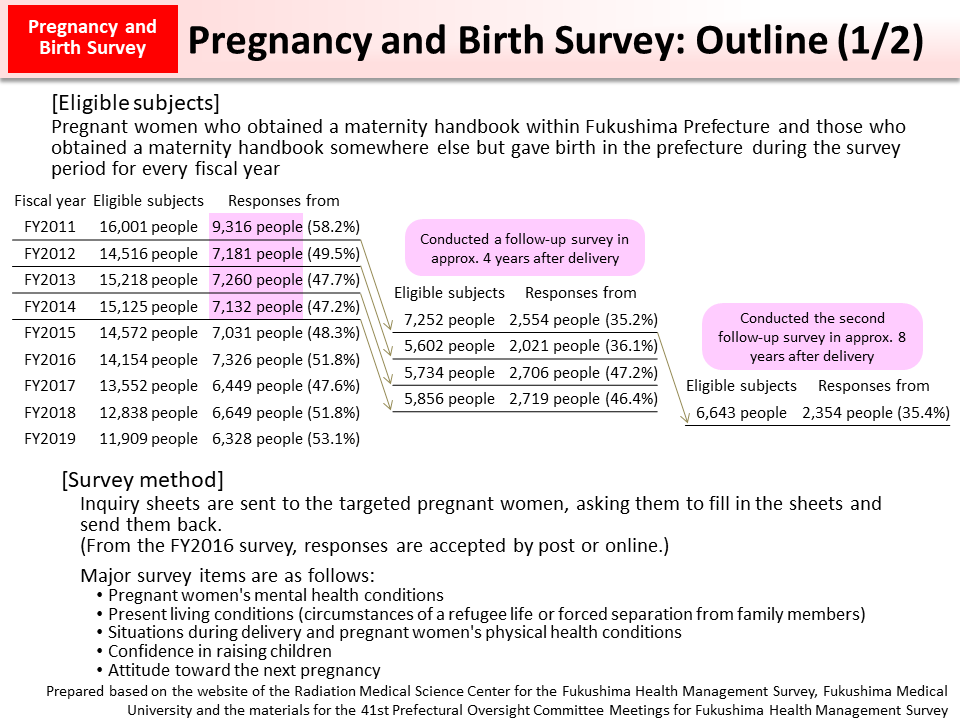 Survey targets are asked to fill in inquiry sheets and send them back. From the FY2016 survey, responses can also be submitted online.

The number of women who become pregnant and give birth in Fukushima Prefecture decreased after the earthquake in FY2012 but temporarily increased in FY2013. However, the number has been on a decline thereafter as seen nationwide.