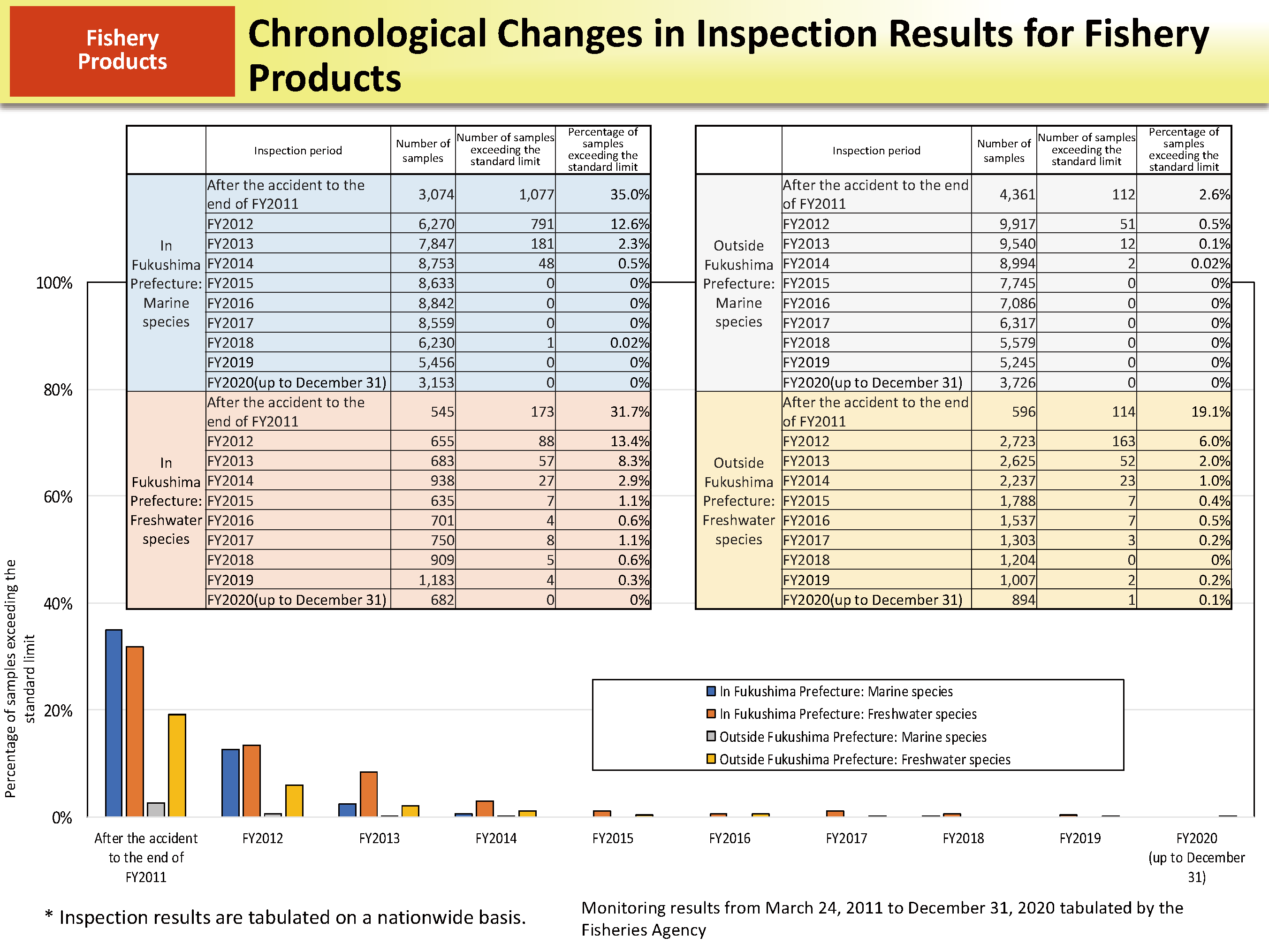 Some freshwater fish caught in and outside Fukushima Prefecture still show radioactive cesium concentrations exceeding the standard limit even in FY2019, but the number of such fish is decreasing year by year.

The standard limit refers to 100 Bq/kg, which has been applied since April 2012 (in FY2011, provisional regulation values were applied, but tabulation is based on the current standard for the purpose of comparison with the results in and after 2012).