Approach for Inspections of Fishery Products 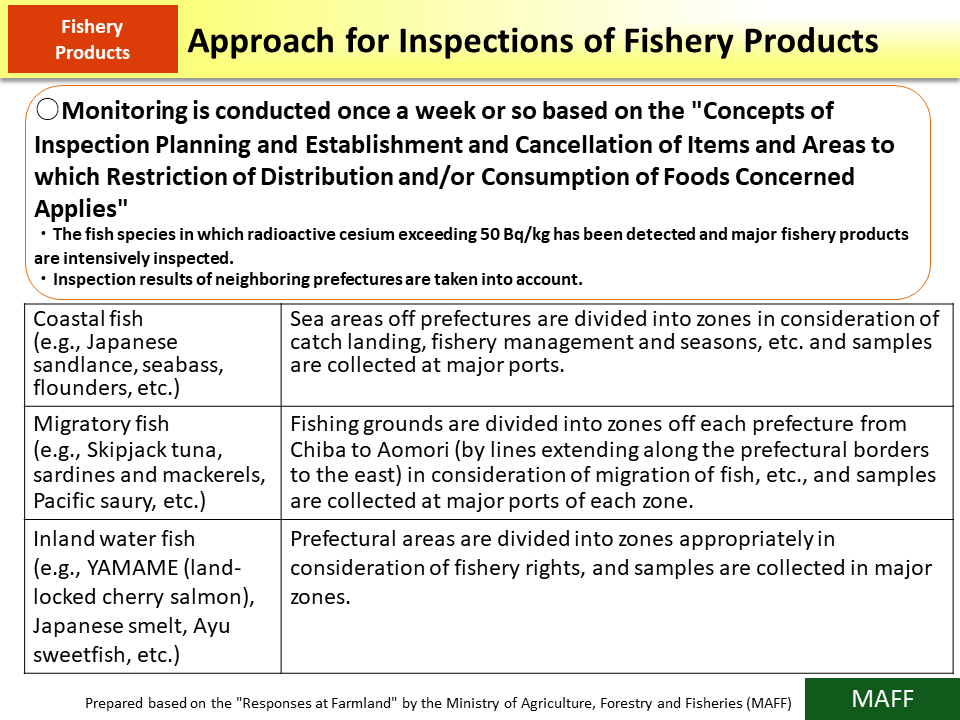 Monitoring of radioactivity in fishery products covers major fish species and fishing grounds, and species in which radioactive cesium concentration exceeding 50 Bq/kg has been detected, based on the "Concepts of Inspection Planning and Establishment and Cancellation of Items and Areas to which Restriction of Distribution and/or Consumption of Foods Concerned Applies (Guideline)."

At present, inspections are conducted by classifying the fish species based on their habitats and fishing seasons, while also taking into account inspection results of neighboring prefectures, as shown in the table. Regarding migratory fish, such as bonito and Pacific saury, which migrates over a wide area in the ocean, monitoring is conducted broadly by multiple prefectures based on their migratory routes.