Procedures for Inspections of Radioactive Materials in Foods 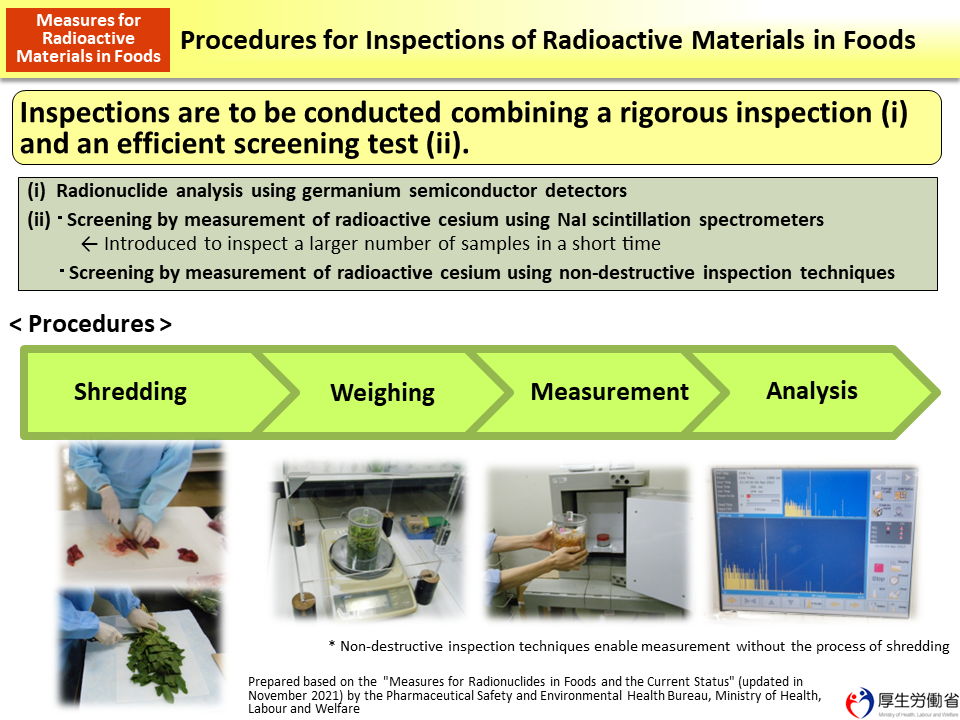 This figure shows procedures for inspections of radioactive materials in foods.

There are two ways to inspect foods, i.e., a rigorous inspection and an efficient screening test.

As a rigorous inspection, radionuclide analysis is conducted using a germanium semiconductor detector. After shredding a food sample, its weight is measured accurately. Then, the shredded sample is put in a prescribed container. The container is set in a detector, which is structured like a box covered with a thick layer of lead, and the amount of radioactive cesium is measured. Lastly, measurement results are analyzed.