Changes in Radioactivity Concentrations in Seawater 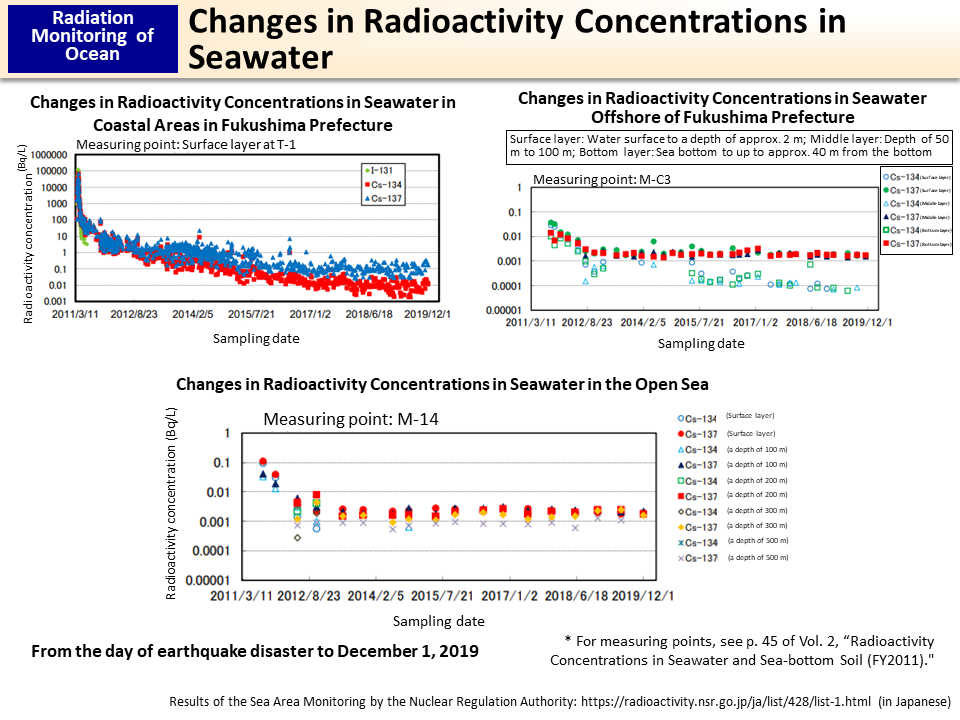 Soil with radioactive cesium is transported to coastal areas via rivers.

Radioactivity concentrations in seawater samples collected near Tokyo Electric Power Company (TEPCO)'s Fukushima Daiichi NPS rose to 100,000 Bq/L immediately after the accident, but dropped to one-thousandth (100 Bq/L) in one and a half months as a result of dilution and dispersion. The concentrations further decreased to 10 Bq/L in one and a half years and are 1 Bq/L or less at present.

(Related to p.187 of Vol. 1, "Distribution of Radioactive Cesium in the Ocean")