I-131 (Eastern Part of Fukushima Prefecture) 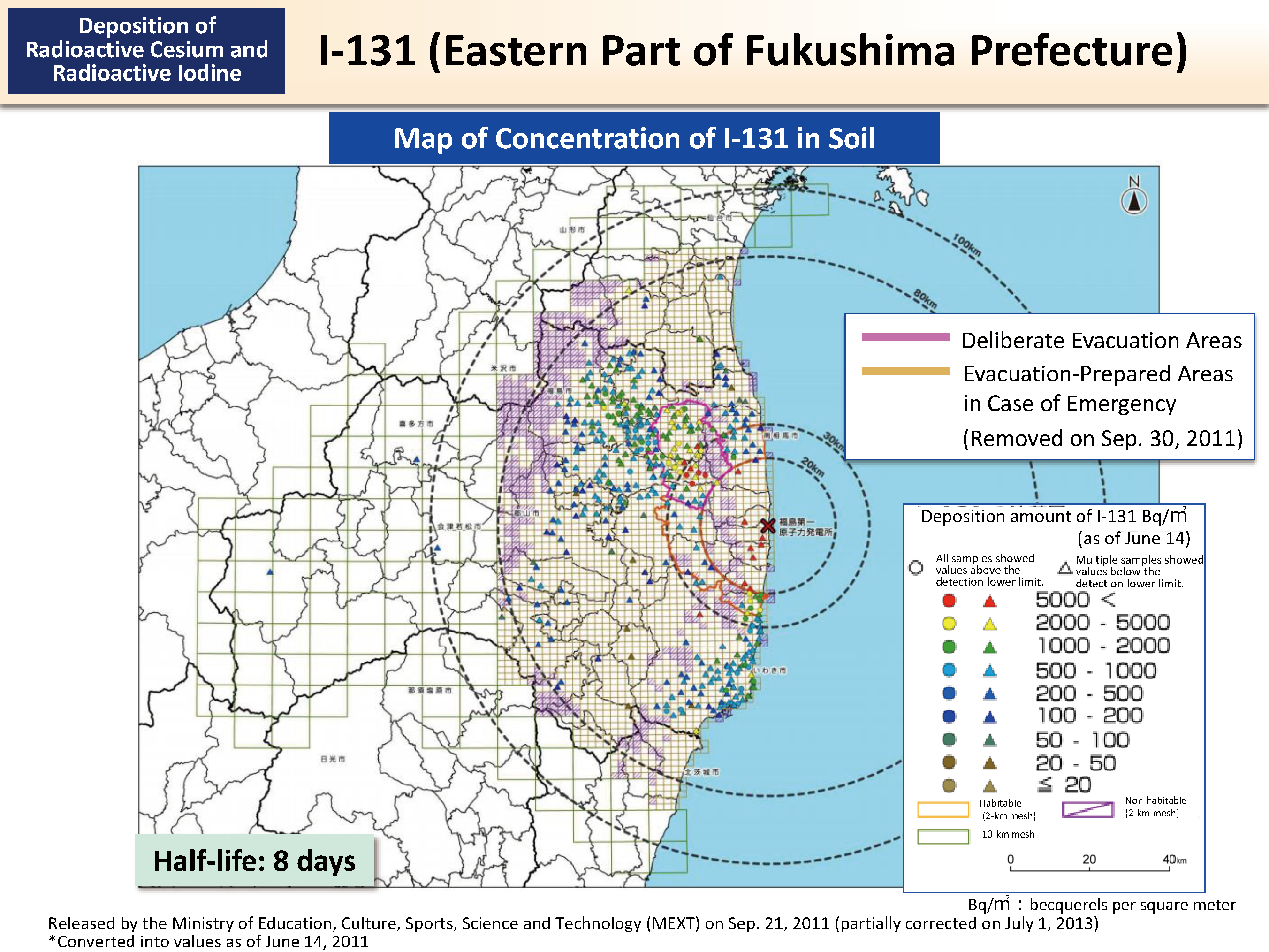 In the soil survey conducted by the national government in June 2011, three months after the accident, analysis of I-131 was conducted for soil samples collected within the 100-km zone of Tokyo Electric Power Company (TEPCO)'s Fukushima Daiichi NPS.

Areas showing high deposition amounts of iodine extended to the northwest of the NPS, in the same manner as in the case of cesium, and there are areas where the ratio of iodine against cesium is large in the southern areas of the NPS. I-131 and Cs-137 were thus deposited at different ratios in different areas probably because the ratio between I-131 and Cs-137 in radioactive plumes differed depending on the time when they were discharged. There is also the possibility that the ratio of I-131 against Cs-137 was relatively larger in plumes that flowed down to the south or that deposition was not even and a larger amount of Cs-137 was deposited in the north due to rainfall, resulting in increased concentrations of Cs-137 in soil in the north.1