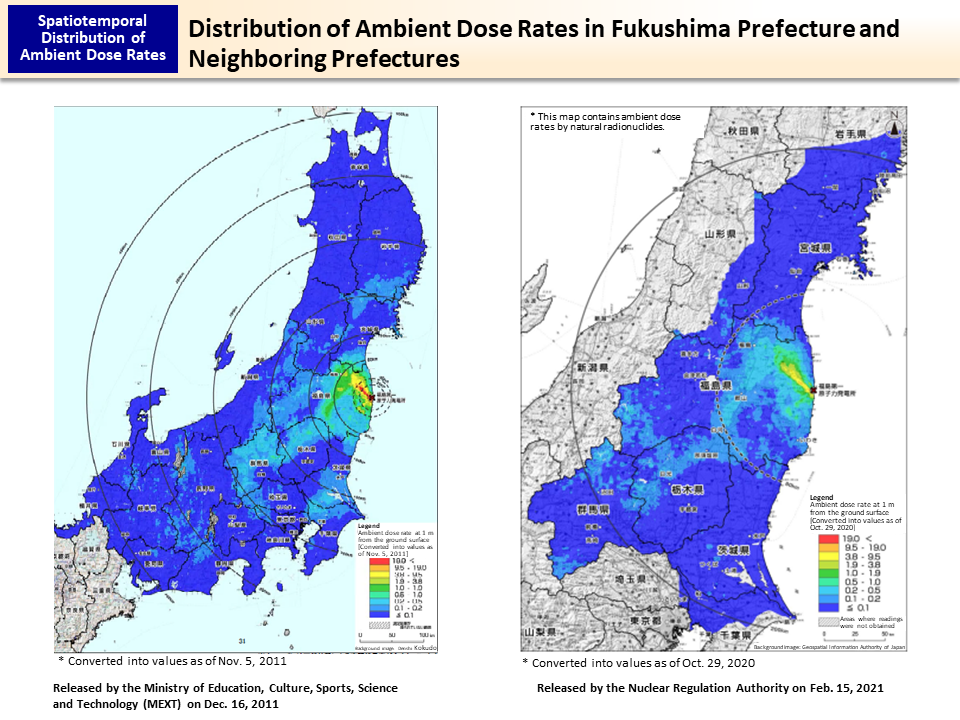 From September to November 2016, an airborne monitoring survey was conducted within the 80-km zone of Tokyo Electric Power Company (TEPCO)'s Fukushima Daiichi NPS and outside this zone, mainly in the western area of Fukushima Prefecture, and Ibaraki, Gunma, Tochigi and Miyagi Prefectures. When creating the map on the right, values were all converted into those as of November 18, 2016, which was the last day of the airborne monitoring survey.

Readings of the Airborne Monitoring Survey in Fukushima Prefecture and Neighboring Prefectures (February 13, 2017)