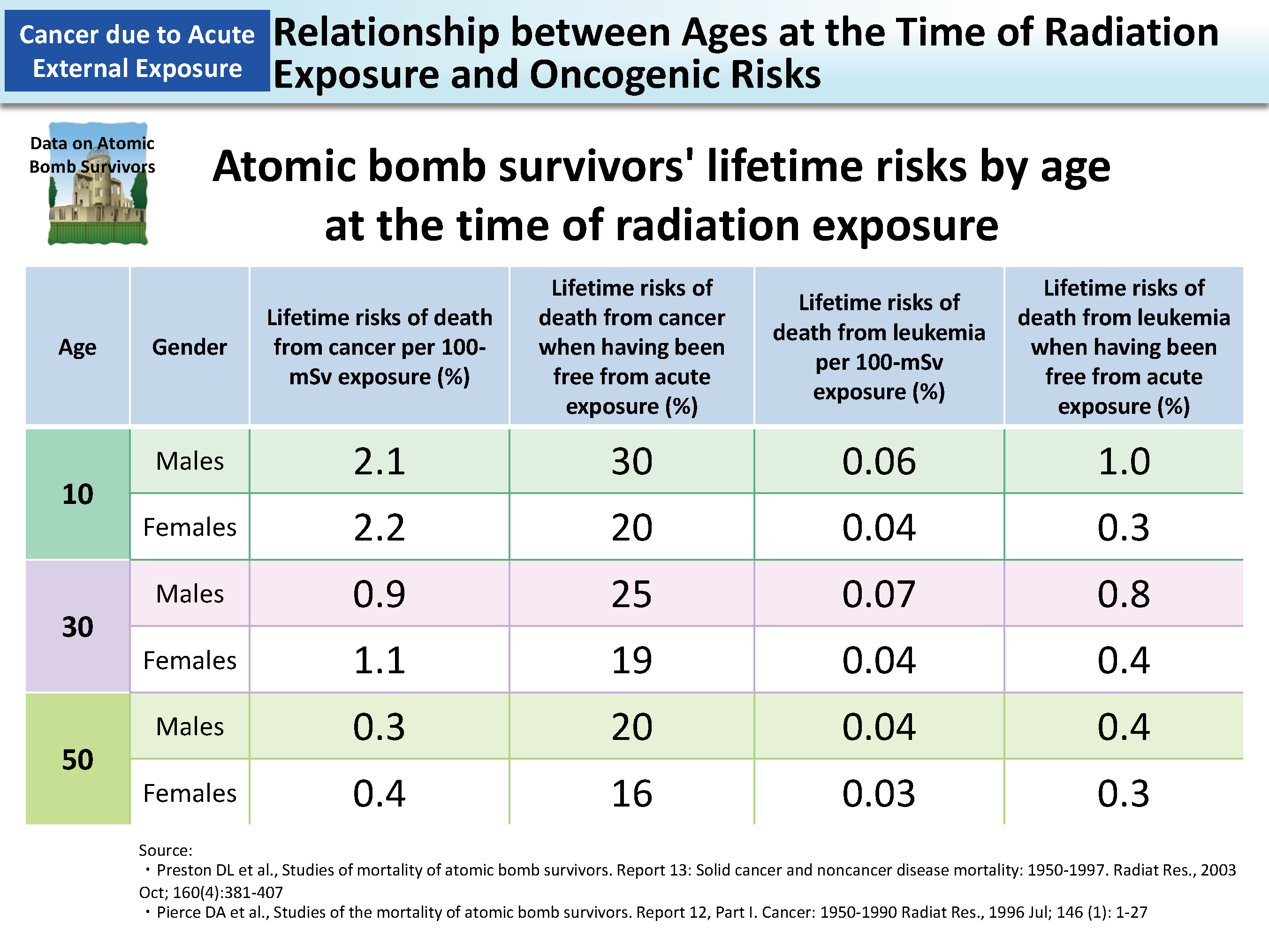 This table shows lifetime risks of death from cancer due to radiation exposure based on data obtained through epidemiological surveys targeting atomic bomb survivors. Specifically, comparisons are made between lifetime risks of deaths from cancer and leukemia per 100-mSv acute exposure and respective death risks when having been free from acute exposure, i.e., background death risks due to naturally developing cancer and leukemia.

The table suggests that a 10-year-old boy, for example, is likely to die of cancer in the future with a probability of 30% (the background risk of death from cancer for 10-year-old boys is 30% as shown in the table), but if the boy is acutely exposed to radiation at the level of 100 mSv, the risk of death from cancer increases by 2.1% to 32.1% in total.

The table shows the tendency that in the case of acute exposure to 100 mSv, lifetime risks of death from cancer are higher for those who are younger at the time of the exposure.

The reasons therefor include the facts that younger people have a larger number of stem cells that may develop into cancer cells in the future and cell divisions are more active and frequent compared with aged people.