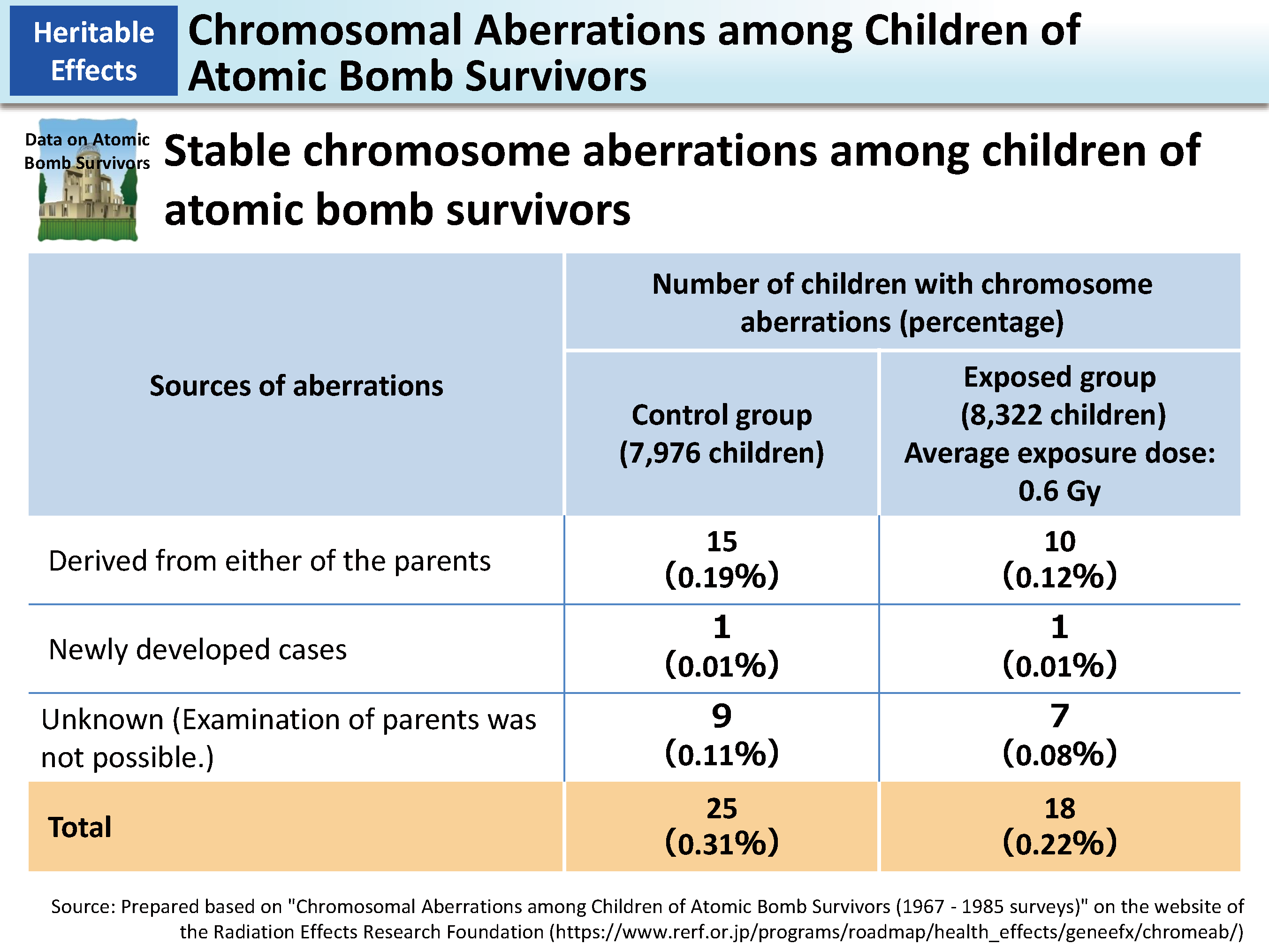 Surveys of health effects on children of atomic bomb survivors examine incidence rates of serious congenital disorders, gene mutations, chromosome aberrations and cancer, as well as mortality rates from cancer or other diseases. However, no significant differences were found between the survey targets and the control group regarding any of these.

However, a later examination of their parents and siblings revealed that most of the detected chromosome aberrations were not those newly developed but those that had already existed in either of their parents and were passed on to them. Given these, it was made clear that radiation effects, such that stable chromosome aberrations newly developed in parents' reproductive cells due to radiation exposure were passed on to the offspring, have not been found among atomic bomb survivors.