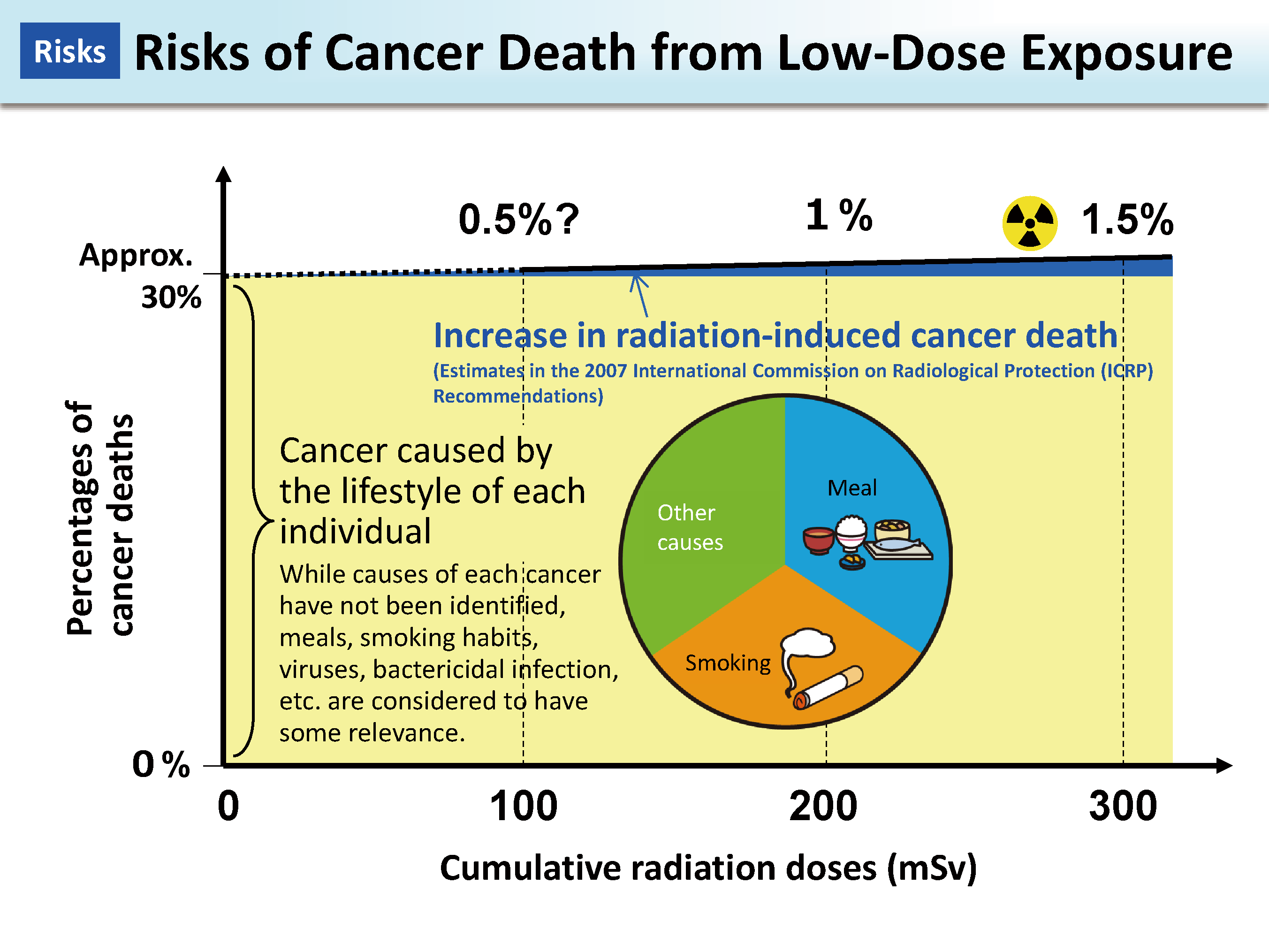 The International Commission on Radiological Protection (ICRP) considers radiological protection based on the idea that in a group of people including both adults and children, the probability of cancer death increases by 0.5% per 100-mSv exposure. This value shows estimated risk of low-dose exposure based on data obtained from atomic bomb survivors (p.117 of Vol. 1, "Relationship between Solid Cancer Deaths and Doses").

Currently, the leading cause of deaths among Japanese people is cancer, with around 30% of the entire population dying of cancer. That is, 300 people in a group of 1,000 will die of cancer. If the probability of death from radiation-induced cancer is added, it can be estimated that if all people in such group of 1,000 people are exposed to 100 mSv, 305 will die of cancer in their lifetime.

However, in actuality, the value of 300 out of 1,000 people could vary from year to year and from region to region,1 and no methods have been established yet to confirm if cancer is really attributable to radiation exposure. It is thus considered very difficult to actually detect an increase in cancer deaths among people exposed to not higher than 100 mSv, i.e., an increase of up to 5 people in a group of 1,000.