Effects of Radioactive Fallout due to Atmospheric Nuclear Testing 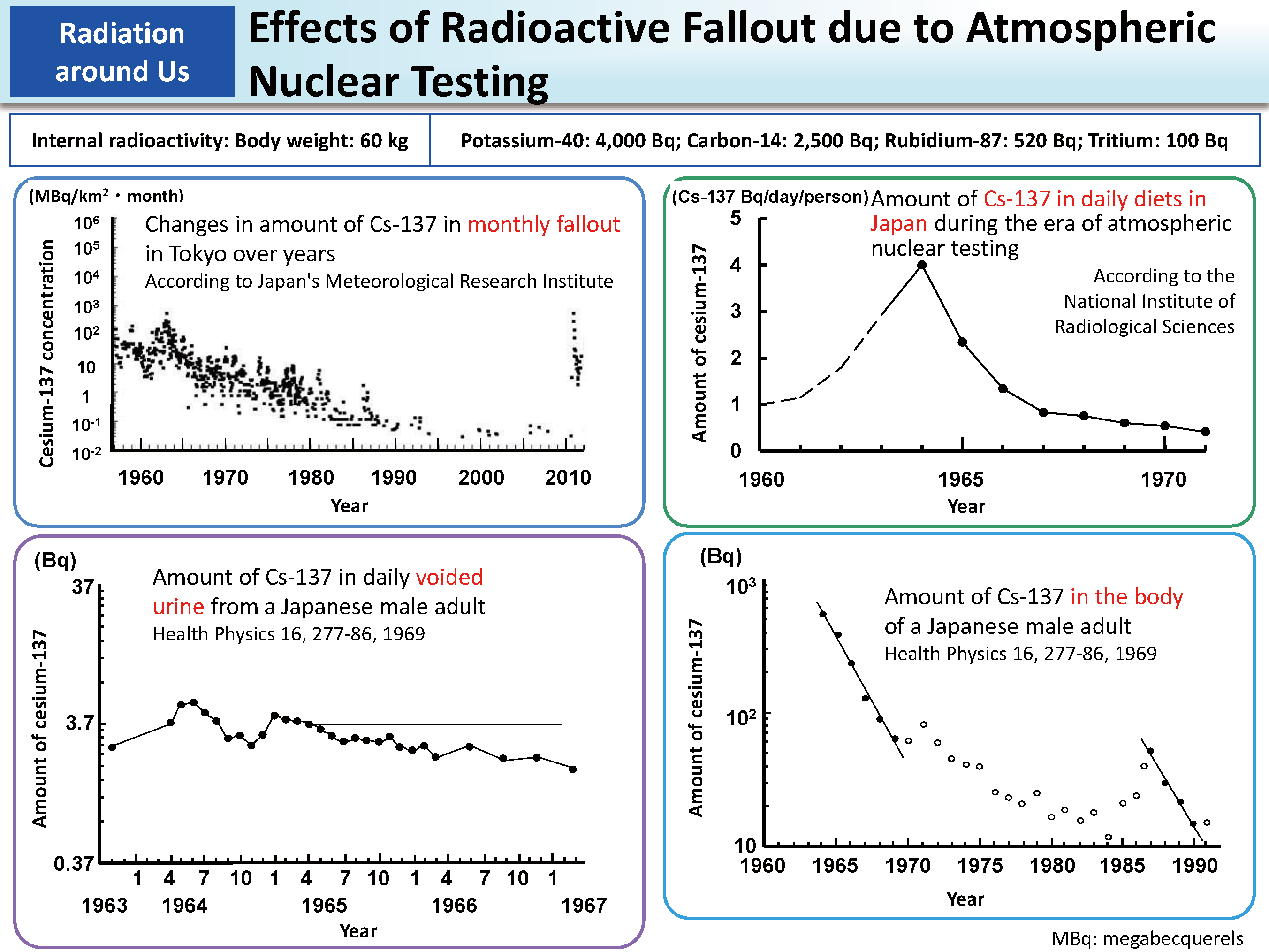 Large amounts of artificial radionuclides were released into the environment in the era during which atmospheric nuclear testing was frequently conducted. These artificial radionuclides were spread all around the world as they were carried by air currents, and gradually fell onto the surface of the Earth from the atmosphere. Such radioactive falling matter is called fallout. The amount of fallout was highest in 1963, just before the ban of atmospheric nuclear testing, and has been decreasing since then.

Because there is a time lag between contamination of foods with cesium and their consumption, the amount of radioactive cesium in daily diets was highest in 1964, then dropped sharply by 1967, and has been decreasing relatively slowly since then.

As a result of atmospheric nuclear testing during the aforementioned era, plutonium and Strontium-90, etc. were released into the environment, in addition to radioactive cesium. These radionuclides still exist in soil, albeit only slightly.