Additional Exposure Doses after an Accident (Example of Calculation) 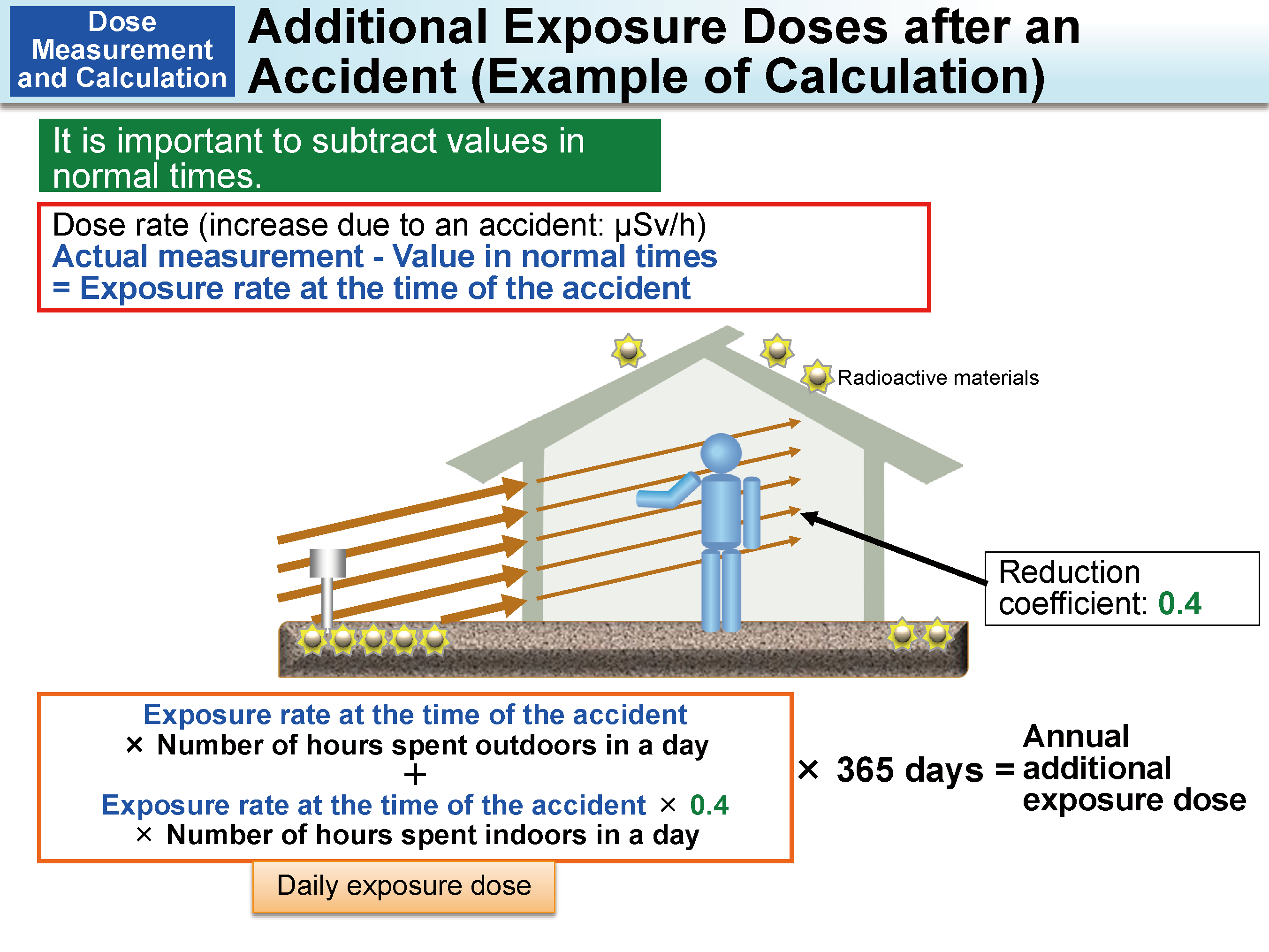 The value obtained by multiplying the increased outdoor and indoor dose rates by the time spent indoors and outdoors is an approximate increase in exposure dose compared with normal times (additional exposure dose).

The value of 0.23 μSv/h, which was adopted as the reference value in designating Intensive Contamination Survey Areas where mainly municipalities conduct decontamination after the accident, is derived from the annual additional exposure dose of 1 mSv (hourly exposure dose of 0.19 μSv, which becomes 1 mSv in annualized terms under the same assumption on the safe side as applied in the above calculation example, plus the exposure dose due to natural radiation of 0.04 μSv).

This calculation example is a simplified estimation method provided under the conservative assumption in the response to the accident at TEPCO’s Fukushima Daiichi NPS. Therefore, it is considered that the actual external exposure dose of an individual in real life may be lower than the calculation result.