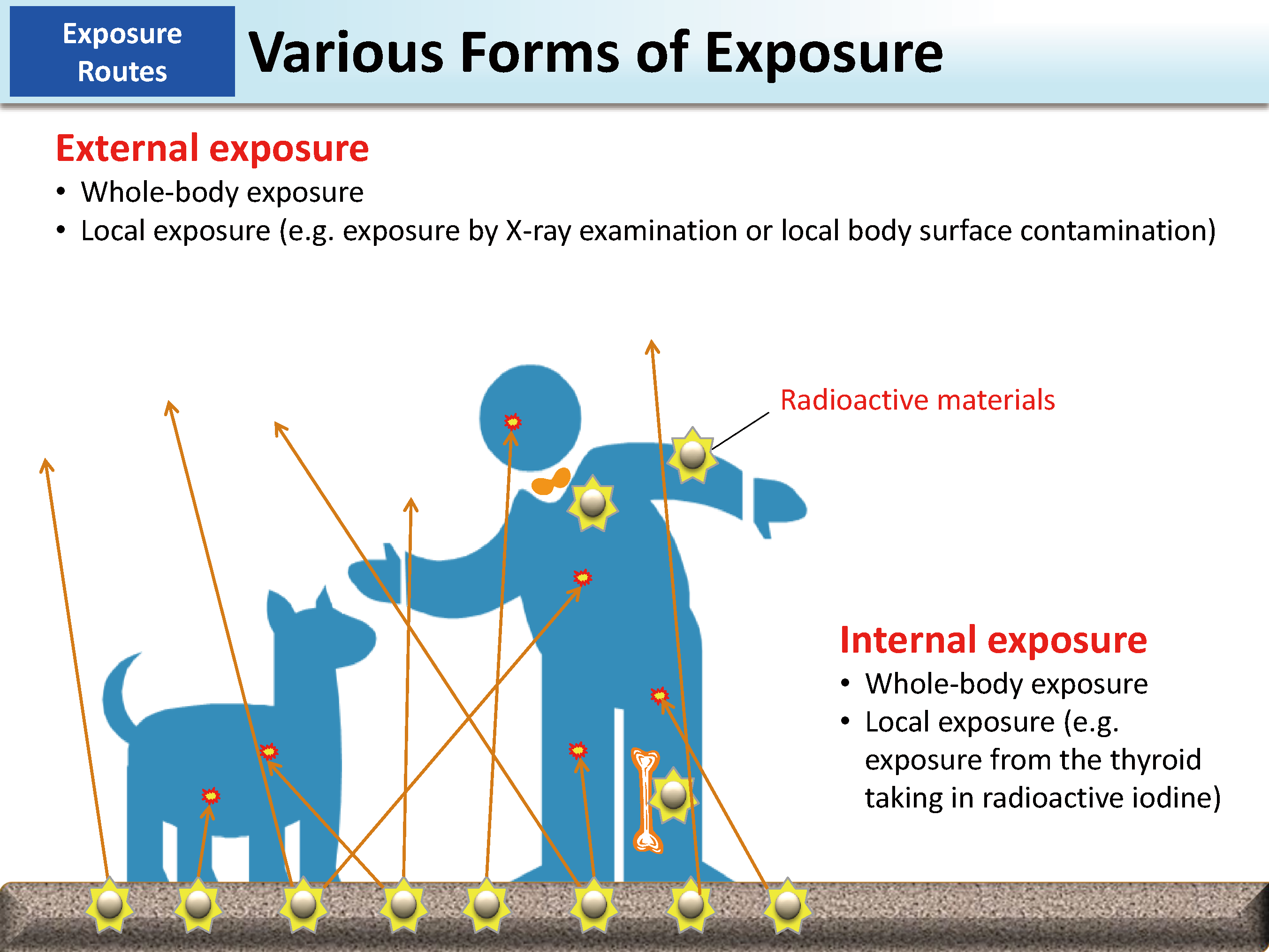 To what extent the body will be affected by radiation exposure depends on the location and the extent of the exposure.

Organs differ in sensitivity to radiation. In local exposure, therefore, the extent of the effects varies greatly depending on whether the exposed part includes organs that are highly sensitive to radiation.

In internal exposure, organs and tissues where radioactive materials are likely to accumulate will receive high doses of radiation. If such organs and tissues that are prone to accumulation have high sensitivities to radiation, they are more likely to be affected by the radiation. In Belarus and Ukraine, after the Chernobyl NPS Accident, there was an increase in the number of thyroid cancer cases among children. It was due both to the tendency of radioactive iodine to accumulate in the thyroid and children's thyroids having a higher sensitivity to radiation than adults'.