Transfer of Fallen and Deposited Cesium in the Environment 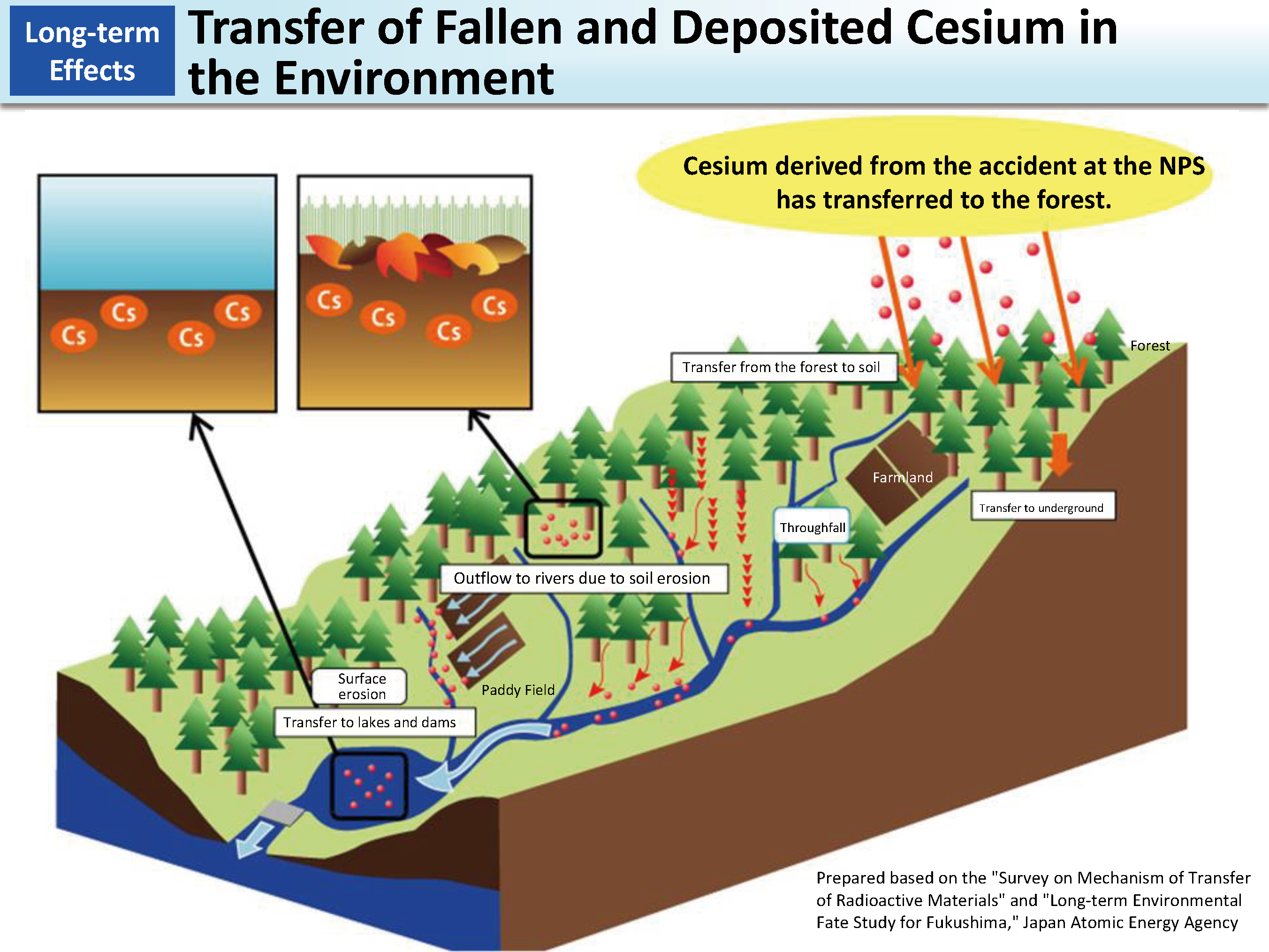 Distribution of radioactive cesium released into the environment due to the accident at Tokyo Electric Power Company (TEPCO)'s Fukushima Daiichi NPS has changed significantly over time. Cesium that adhered to tree bark, branches and leaves immediately after the accident transferred onto the forest soil due to leaf fall and precipitation, etc. At present, over 90% is found to be located within a depth of 5 cm from the ground surface. In the meantime, as the decrease in cesium at the ground surface is larger than the decrease due to physical attenuation, it is estimated that some cesium has transferred to underground.

Cesium has a property to be strongly adsorbed by specific clay minerals and is seldom dissolved in water (p.181 of Vol. 1, "Behavior of Radioactive Cesium in the Environment: Adsorption and Fixation by Clay Mineral"). Furthermore, re-scattering into the air due to wind, etc. is hardly observed at present. Given these, outflow of cesium from forests to people's daily living areas is considered to be very minor.

The above figure illustrates the process that fallen and deposited cesium in the forest flows from the upstream to a downstream dam lake. The two enlarged pictures show the forest floor and the sediment at the bottom of the dam lake, both indicating that cesium is deposited in the surface layer of soil.

In a racing river, cesium is transported to the downstream while being adsorbed to soil particles, and in a gentle stream, cesium tends to be deposited onto river sediments. When there is a dam in the upstream, cesium is blocked at the dam lake and the amount that flows out to the downstream is smaller. Even when the water level of the dam lake becomes higher due to a typhoon or a heavy rain, the flow at the bottom sediments near the sluice is slow and deposited soil seldom raises up.