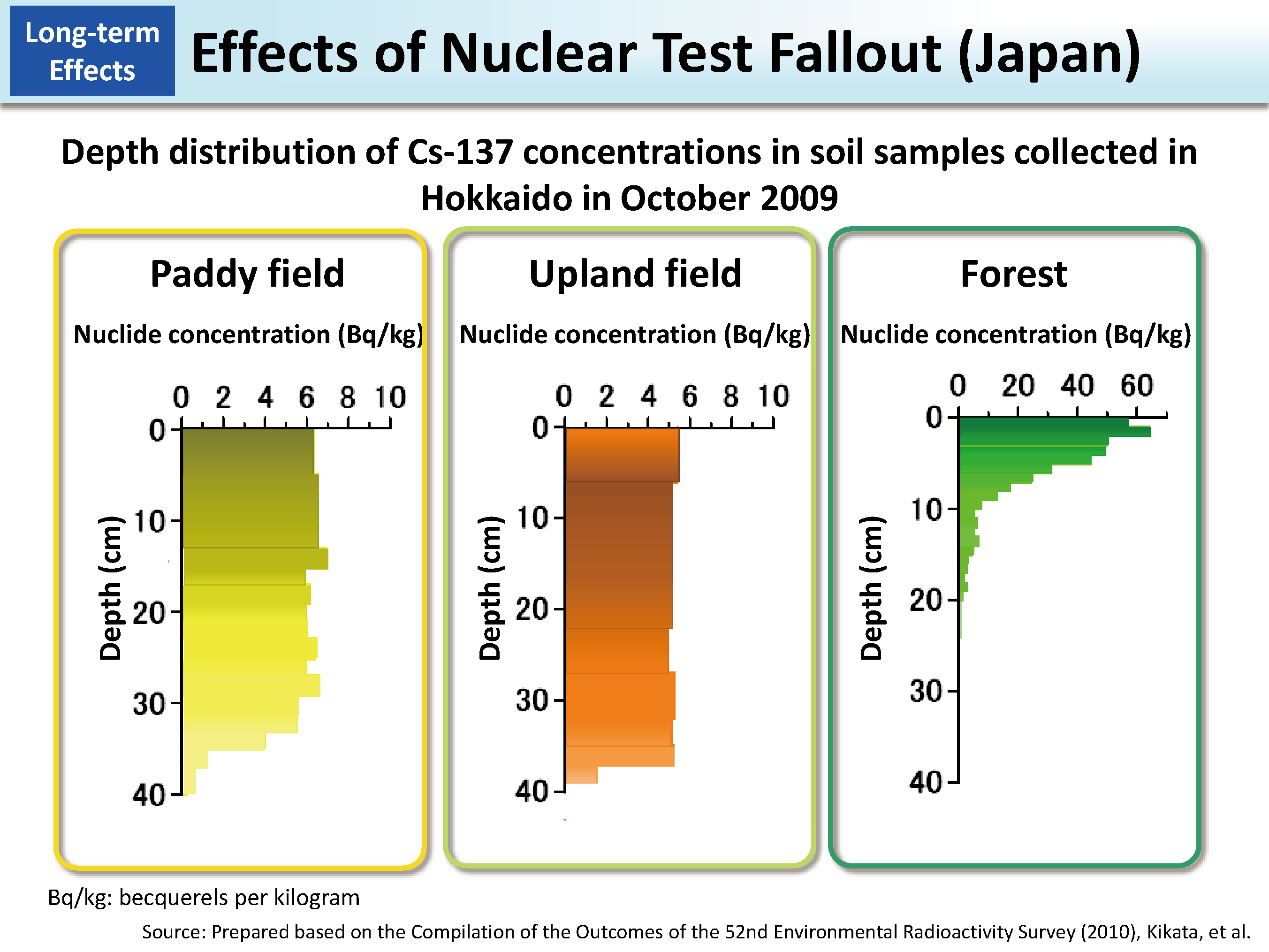 Nuclear tests in the atmosphere were frequently conducted from late 1950s to early 1960s, causing a large amount of radioactive fallout across the globe. Radioactive cesium and radioactive strontium, etc. detected before March 11, 2011, are considered to be part of such fallout (p.78 of Vol. 1, "Effects of Radioactive Fallout due to Atmospheric Nuclear Testing").

How deep radioactive cesium is adsorbed in soil depends on the property of soil, but it is known that Cs-137 tends to remain in the surface layer also in Japan.

(Related to p.180 of Vol. 1, "Distribution of Radioactive Cesium in Soil")