Behavior of Radioactive Cesium in the Environment: Transfer from Water to Plants 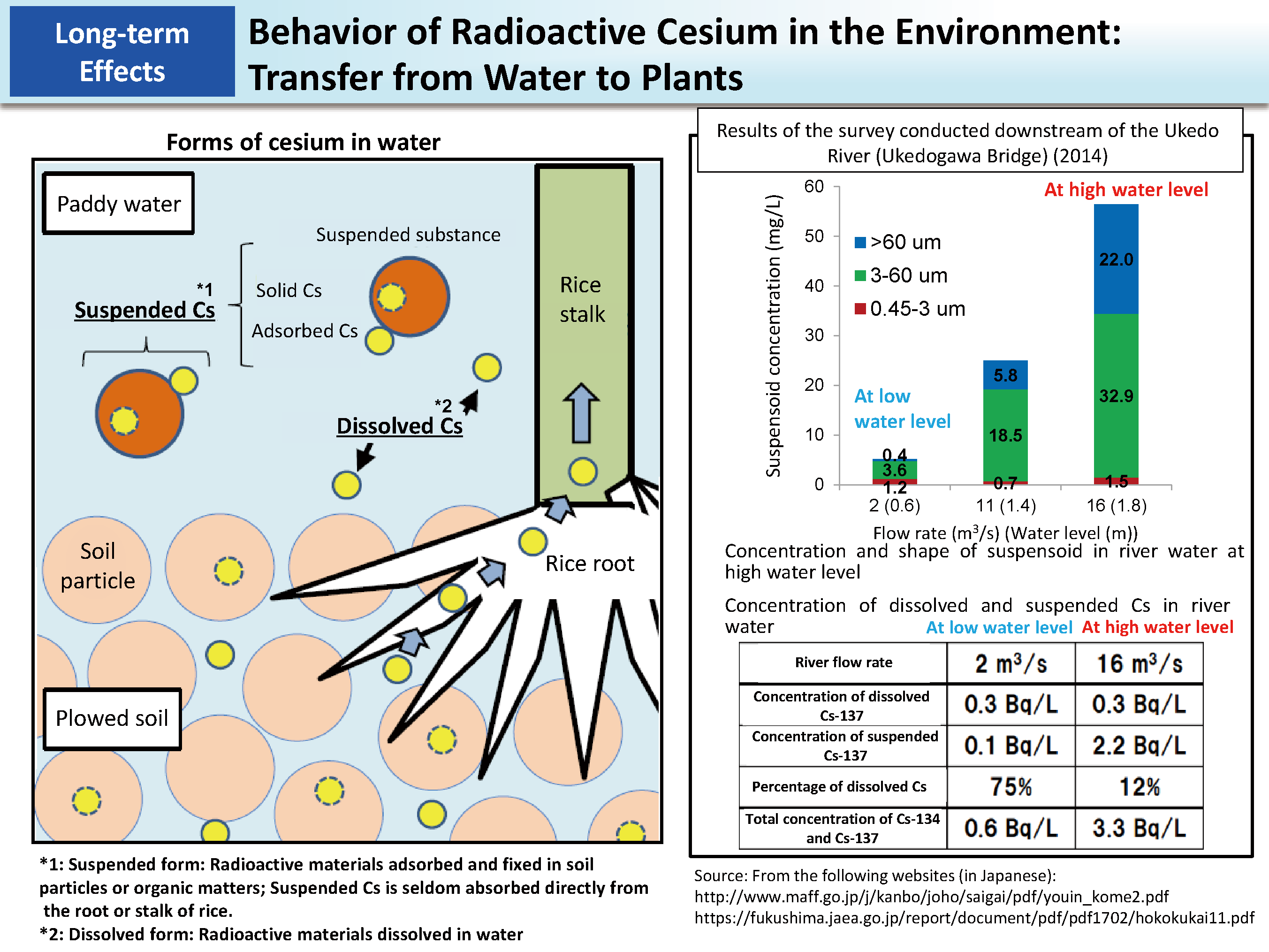 When paddy fields are plowed and watered, the water contains dissolved cesium and suspended cesium adhering to soil particles, etc. However, cesium adsorbed or fixed in soil is seldom dissolved in water and suspended Cs is not absorbed directly from the root or stalk of rice (figure on the left).

Cesium in reservoirs and water channels is adsorbed or fixed in soil as time passes. Therefore, in surveys in Fukushima Prefecture, radioactive cesium was mostly detected as being dissolved in water under circumstances where the river flow rate and turbidity were low and detected concentrations were lower than the detection limit for ordinary measurements of radioactivity concentrations (approx. 1 Bq/L).

As shown in the upper right figure, when the river flow rate is high such as upon a heavy rain (high water level), the concentration of suspensoid that has strongly adsorbed radioactive cesium becomes high (suspended Cs). Accordingly, when the water level is high, the concentration of dissolved Cs stays almost the same and only the concentration of suspended Cs becomes higher, but the latter also decreases over time. As the river flow rate increases, particles of suspended substances become larger and the turbidity increases. However, such turbidity can be solved through filtration. As shown in the lower right table, the survey conducted at the Ukedo River in Fukushima Prefecture confirmed that radioactive Cs concentrations in normal times were below the standard limit for drinking water (10 Bq/kg) and that radioactive Cs concentrations after filtration were below the detection limit (approx. 1 Bq/L) even for river water with high turbidity collected when the water level is high.