BOOKLET to Provide Basic Information Regarding Health Effects of Radiation (1st Edition)
Chapter 9 Efforts toward Recovery from the Accident 9.3 Waste 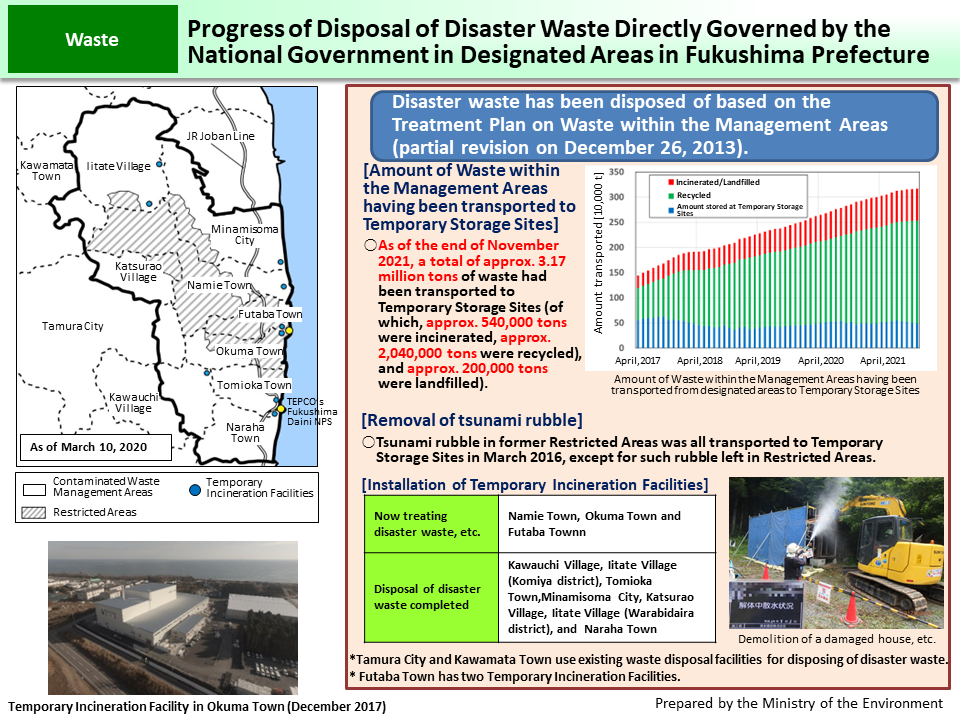 Such waste, which includes tsunami rubble, debris of damaged houses, and waste from houses after cleaning-up, has been transported sequentially to Temporary Storage Sites. As of the end of November 2017, a total of approx. 1.8 million tons had already been transported. Transported waste is recycled as much as possible.

It was decided to incinerate inflammable waste to reduce volume at provisional incineration facilities to be constructed at ten locations in nine municipalities. As of January 2018, seven such facilities were in operation and waste is being steadily disposed of and treated.