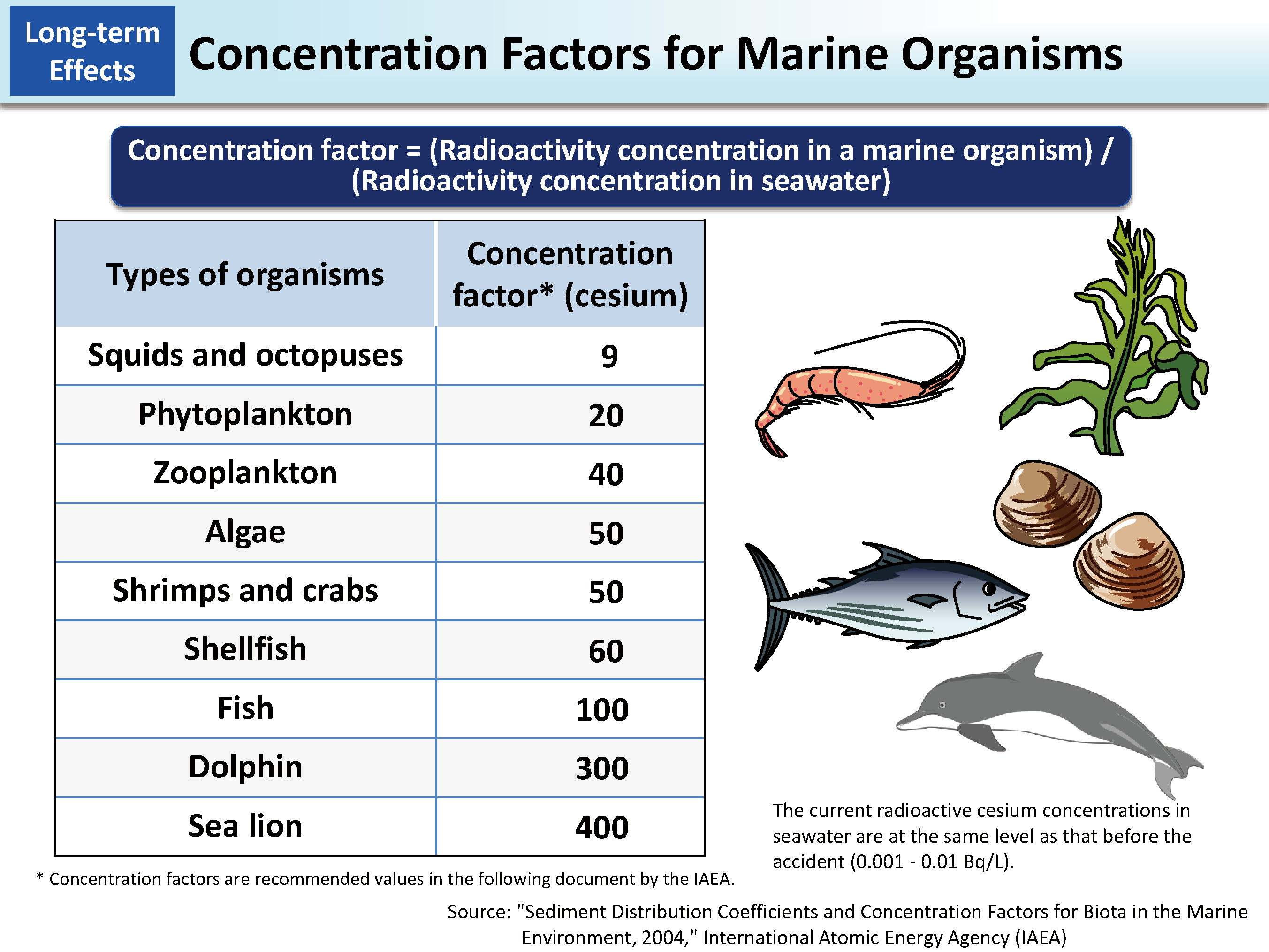 Concentration factors indicated in the above figure are those recommended by the International Atomic Energy Agency (IAEA). At present, radioactive cesium concentrations in seawater have declined to almost the same level as that before the accident (0.001 - 0.01 Bq/L), except within the port near Tokyo Electric Power Company (TEPCO)'s Fukushima Daiichi NPS (p.44 of Vol. 2, "Changes in Radioactivity Concentrations in Seawater").