Removal of Radioactive Cesium through Cooking and Processing of Foods 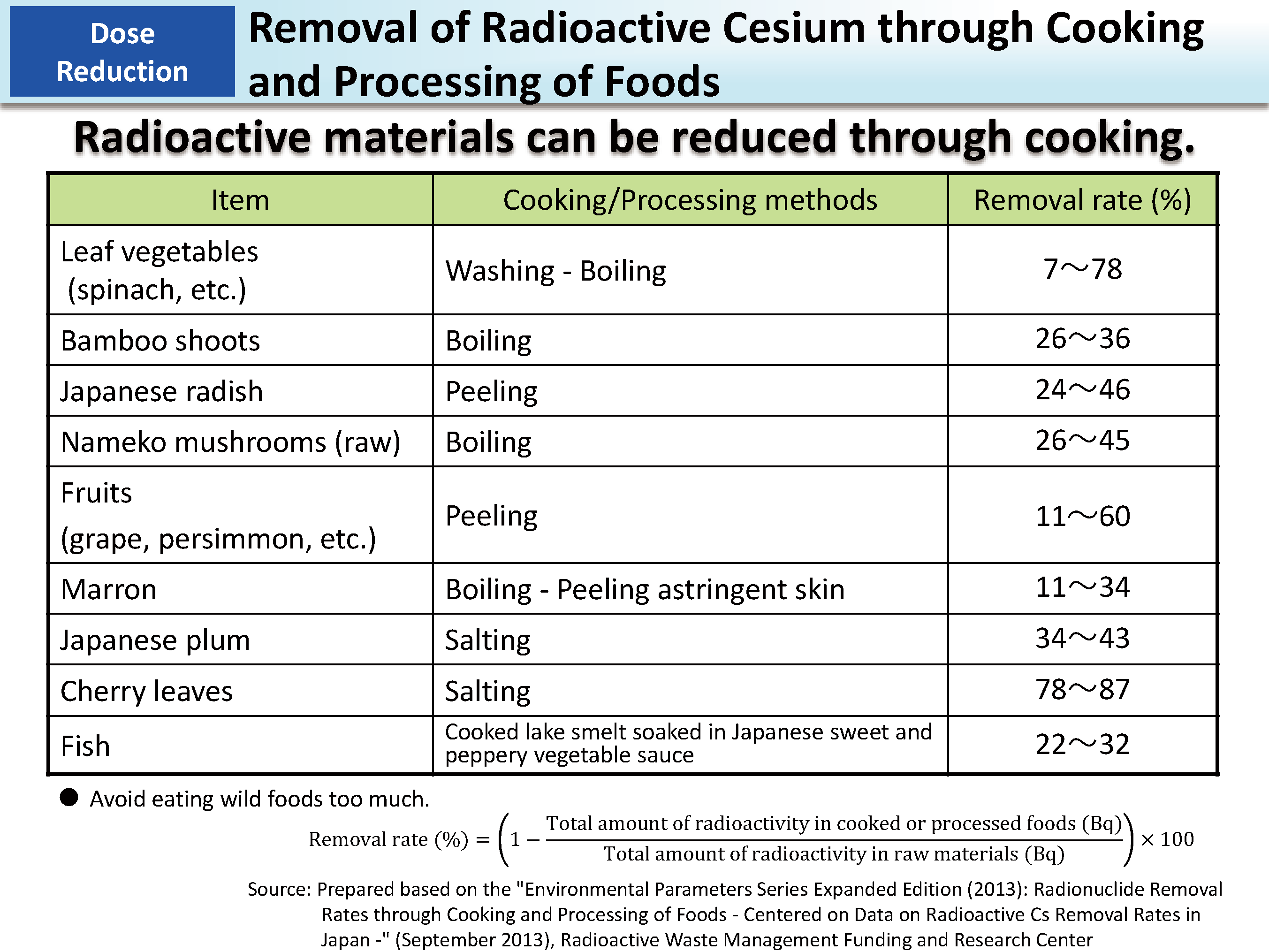 The table above shows removal rates of radioactive cesium in foods.

When cooking meat or fish, the amount of radioactive materials can be halved by discarding the cooking liquid. It is known that the removal rate is higher when boiling or cooking than grilling them.

Refer to the webpage (https://www.rwmc.or.jp/library/other/kankyo/, in Japanese) for the details of the related data.